Despite the wet December, the threat of drought remains 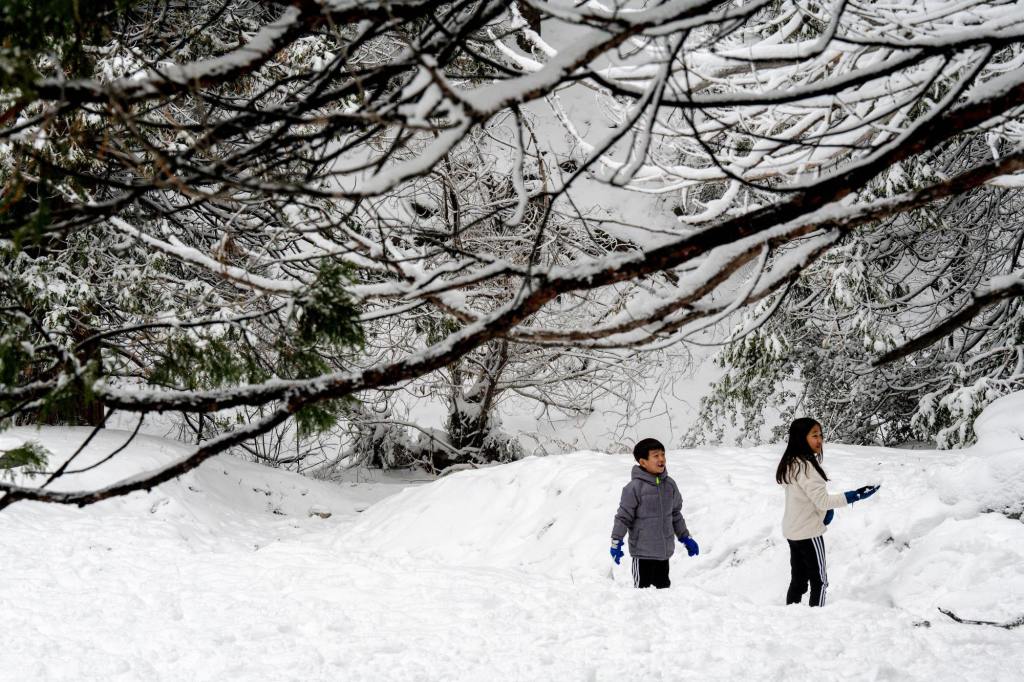 Precipitation gave encouraging signs, including a December 30 report from the Department of Water Resources that the ice pack at Phillips Station in the Sierra Nevada is at healthy levels. 78 inches of snow was 202% of the average for the site at that time of year, providing hope for the abundance of imported water used in much of Southern California.

But officials at the Water Resources Department stress that the wet season has just begun, and the rainfall over the next few months will be crucial to determining the drought conditions in the summer. They point to 2013, when a drought-stricken state welcomed similarly rain-and-snow-filled December, but resulted in an extraordinarily dry January and February as the driest year on record. That season’s wet spell proved to be a drop in the bucket for California’s longest recorded drought from 2011 to 2017.

“We couldn’t have asked for a better December in terms of Sierra snow and rain,” said department director Carla Nemeth. “But Californians should be aware that even these big storms may not refill our major reservoirs during the next few months. We need more storms and average temperatures this winter and spring, and we’re sure that.” Can’t think it’s coming.”

But so far so good.

In November, 80% of the state was in the two highest levels of drought, “extreme” and “extraordinary”, according to Drought. As of Tuesday, January 4, that had dropped to 34% – although 86% of the state remains in “severe” or worse, the third level of drought.

Southern California continues to perform better than most of the state. In November, most of Los Angeles and San Bernardino counties were in “extreme” drought, while the drought levels in Orange and Riverside counties were ranked as less severe than “severe”. As of Tuesday, most Los Angeles and San Bernardino counties had “severe” improvements, while Orange and Riverside counties had “moderate” improvements.

Like much of the state, Southern California has experienced unusually high rainfall so far this season. John Wayne Airport typically receives 3.7 inches of rain by January 4, and 5.6 inches of rain has already fallen. Still, that’s well short of the 11.2-inch average for the entire rainy season. Also helping the region have less severe drought conditions over the past two years than elsewhere in the state.

As a result, the National Weather Service’s Seasonal Drought Outlook for January lists Orange and San Diego counties as “likely to remove drought.” By the end of March, the National Weather Service is predicting that more than half the state will remain in drought but will improve. However, the Inland Empire and the Central Valley are projected to remain in drought without improvement.

The good news hasn’t changed the long-range strategy of water officials to prepare for continued drought. In fact, the State Water Resources Control Board on Tuesday approved a $500 fine for people who water their lawns within 48 hours after rain, or let their sprinklers run on sidewalks.

While the district has more than a year’s worth of water in storage, this is not going to ease the water supply alert issued in August. The district began 2021 with 3.2 million acre-feet of water storage, which is the two years’ worth of imports needed for Southern California. It used 650,000 acre-feet to recover from a drought last year and is poised for a worst-case scenario needing 750,000 acre-feet of more exploitation this year.

“We need to maintain as much storage as possible because we don’t know how long the drought will last,” Kimmich said. This is especially true as climate change prompts water officials to be concerned about extreme bounce-or-bust rainfall trends.

Because there is a range of dependence on imported water in various parts of Southern California, drought is making some areas more vulnerable than others. For example, north and central Orange County has a large, healthy groundwater basin in which stormwater is supplemented by highly treated wastewater. The region imports less than 25% of its water.

But there are few such local supplies in South Orange County. Some of the water districts there import 90% or more of their potable water, drawing water from both the Colorado River and Northern California. So lifting the local drought designation, as the National Weather Service is expected to do, will not mean that the water supply issue is resolved.

Then there are parts of San Bernardino County, Ventura County, and northern Los Angeles County that rely heavily on Northern California water through the State Water Project, and do not have access to Colorado River water.

Because of the drought, the state water project has promised not to water more than it needs to ensure Southern California “without health and human safety demands.” This means that once a local water supply is exhausted, the affected area will be limited to 55 gallons per person per day plus an allowance for public safety issues such as firefighting.

As a result, some water agencies that rely heavily on state water projects are likely to impose mandatory restrictions — despite the wet December, Kimmich said. Additionally, there are no immediate plans for the Metropolitan Water District to remove its water supply alerts.

“Until we have a better understanding of what’s going to happen, we need to be as vigilant as possible,” she said.

The Chancellor warns that Austria is likely to close isolation for unvaccinated people.