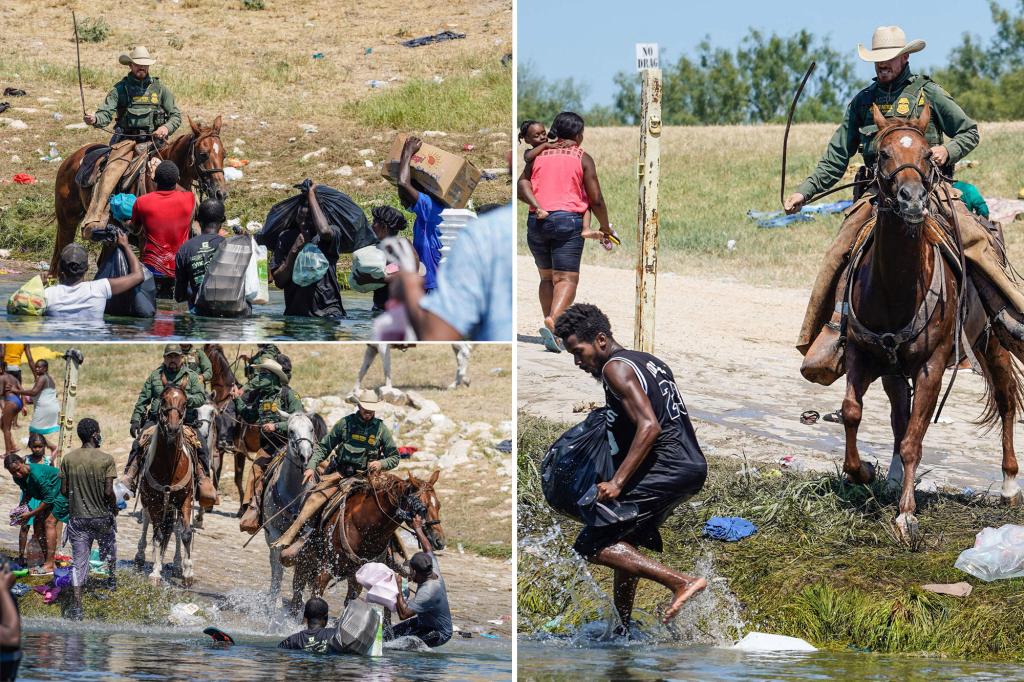 According to a report, several mounted Border Patrol agents accused of “whipping” Haitian migrants last September will be disciplined by the Department of Homeland Security.

A federal source told Fox News that in the coming days, DHS will introduce proposals to discipline agents who have a chance to defend themselves. The charges would be “administrative violations” and not criminal, which the agents cleared earlier this year.

Images at the US-Mexico border showing federal agents riding horses in Del Rio, Texas, an effort to block migrants from entering the country sparked outrage, particularly among several Democratic lawmakers. Some accused agents of using their long bridles to control horses as whips against migrants, and an investigation was later launched.

The photographer who took the photo said the images were “misunderstood” at the time because it was showing abusive behavior.

President Joe Biden was outraged by the incident and vowed it would have consequences.

“It was horrifying what you see, what you saw – to see people behaving with them, with horses almost racing them and people being tied up. It’s disgraceful. I promise you, Those guys will pay,” Biden said a few days later.

Agents were removed from their normal duties and banned from contact with migrants.