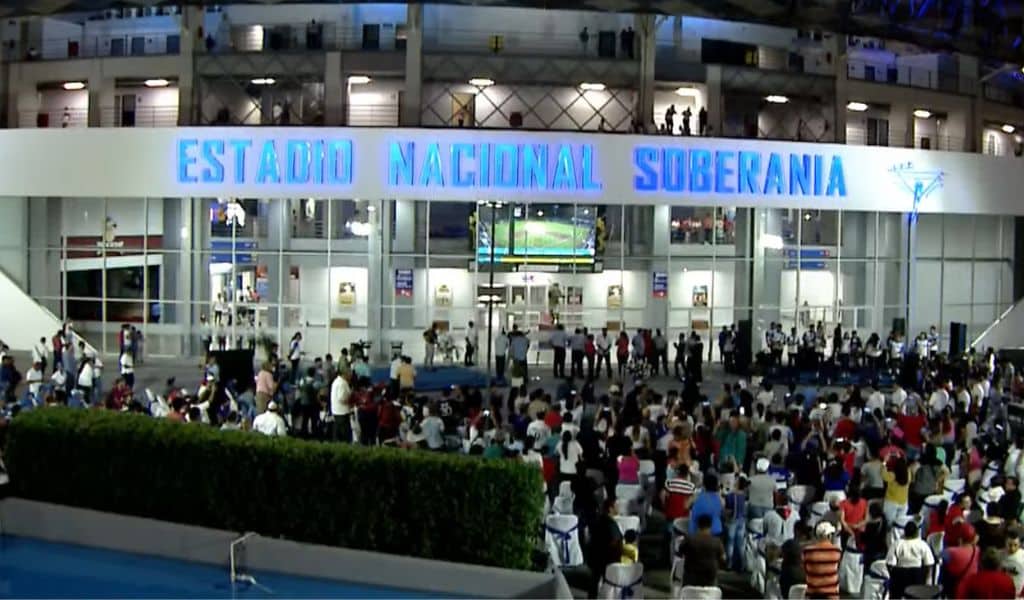 The new name comes after Rosario Murillo publicly attacked Denis Martinez, the former major leaguer who has strongly criticized him for human rights violations against Nicaraguans.

Read: Rosario Murillo: “The National Stadium will be called Sovereignty”

The National Stadium was inaugurated in late 2017 by the Daniel Ortega regime, where former major league player Dennis Martínez was present. The ball park was built with money from Taiwan, a country that donated construction for the Central American Games, held in Managua that same year.

Reyna Rueda and Managua’s mayor and vice-mayor Enrique Armas were present during the ribbon cutting and unveiling of the name of the National Stadium “Soberanía”, surrounded by Sandinista athletes.

This afternoon, Rosario Murillo led his speech on selling out to a “sovereign country” and recalled that the Denis Martinez National Baseball Stadium would be renamed “Sovereignty Stadium” this afternoon.

“The National Stadium is being restored this afternoon, it is being established with the name that defines the ‘sovereignty’ of our nationality and our people. National Sovereignty Stadium and we are grateful to God because in this sovereign city” , They said.

Read more: The last hours in the life of Dennis Martinez Stadium

“Sovereignty in my land is written in capital letters every day and it is written this afternoon at the National Sovereignty Stadium,” concluded Rosario Murillo.

Biden is the first president on the occasion of Indigenous Day