Diego Brancatelli recalls his encounter with a “Sheikh” in Qatar and was left speechless: “It only happens to you if you are Argentine” 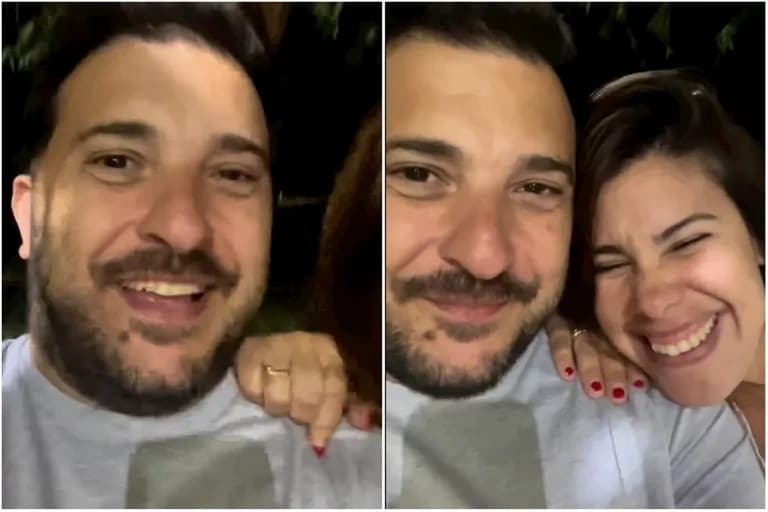 since the beginning of world cup qatar 2022Thousands of Argentinians flooded the streets of Doha, taking a break from their lives to cheer on the Argentine team during their time at the most anticipated sporting event. got crowded in this Diego Brancatelli who has been living in Qatar with his family for several weeks. Undergoing the final leg of their journey, the journalists took to their social networks to share The unusual episode in which he acted with an “Arab sheikh”.

Like hundreds of other compatriots, Brancatelli had the opportunity to travel to the Middle East to experience the World Cup firsthand. But, he was not alone, but was accompanied by his companion, journalist Cecilia Insinga, and their two children.

There were many unforgettable experiences that he had while living on Qatari soil – both good and bad – but perhaps one of the most unusual was the one he had a few days earlier and that the journalist decided Share it with over 103,000 of your Instagram followers with a funny video.

Even in the weeks before the opening of the World Cup, both social networks and the media were full of stories that were told Great hospitality of Qatari citizens towards tourists, There were many cases of Argentines who received invitations to large mansions, or groups of fans, who were largely entertained with meat and drink at barbecues.

Brancatelli never thought he and his family would live a similar experience. “We’re going to tell you something that happened to us, this time it was good,” he said by way of introduction. ,We moved several times in Qatar, this was the last fare. The one who hired us came dressed as an Arab, in full tunic, with a lot of silver, one meter eighty tall, one by four. Awesome!” he added to provide some context.

After a long and strenuous conversation, “Sheikh” – the nickname the singles had given him – told him he had a country house and, as they had made a good relationship, invited him to visit. “We came over and when he saw us happy, running around with the boys, he said to us ‘Did you like the house?'” they told together. Without hesitation, he told her that he liked her and in response, He offered them to stay and pay the same rental price that he had fixed for the other property.

Astonished, he described: “It’s a palace. 5 thousand square meters of park, grass, which is incredible to find in Qatar. Grass, trees, a heated pool, it’s a house for 30 people. Also he went into detail about what the place was like, in the video you can see the huge property with all its luxurious amenities.

as short as, The “Sheikh” also gave them all the necessary supplies for their stay. “He left a freezer full of meat, fish, Starbucks coffee capsules, soft drinks, chocolate milk, juice, five types of bread.” Finally, he concluded: “This only happens to you in Qatar and only if you are Argentinian”,