Diego Henriquez: “They said there were no resources, we got them and then they said they didn’t guarantee they would be used” 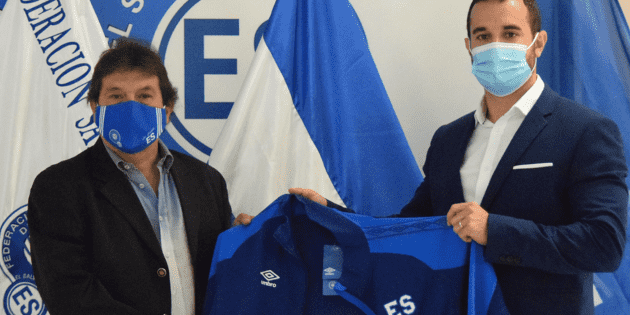 Former Director of National Teams, Diego Henriquez, spoke about what he experienced during his time at FESFUT in the Guiri al Aire program. Henriquez spoke of the problems he had experienced with the federation’s previous executive committee.

How long have you not been working in the Federation?

That was the last month, since officially June.

How do you describe your stage in the Federation and your contract will not be renewed?

A roller coaster and a slightly bitter professional experience. There are means, opportunities to be leveraged and they were not done, having human resources and resources to invest it, it was not possible to execute it in the best possible way. This was not only for the last Under 20 qualifiers, but in general and it was a pity that it was not possible to work with the executive committee on the same page.

Does mentality conflict with the professional structure of national football?

I will never speak ill of any member of the committee. The summary is that we had very different perspectives and they collided to the point that it was no longer sustainable for anyone. Most of them thought of re-election and it was not sustainable for me to remain in this structure if the vision was completely opposite and the methods of executing these visions were completely opposite. So I decided to make this statement when I was still part of the federation that it was important that no one said that because I didn’t say anything when I was inside. I respectfully asked them to let me know if they didn’t want me to continue and that’s what happened.

Were those differences decreasing or were they always present?

From the moment it starts to break down, when we qualified for the octagon after the win at St Kitts and Nevis and we still had to come here and play. There I see a different opportunity that we didn’t have, first we get to the final stage of CONCACAF which we were doing for years and I presented many plans not only for selection but also for the development of football and they Told me that unfortunately there was no money. We are qualified and I see an opportunity to change that and present a plan to a private company that I have more octagonal and there they support me to do it and when they start to become a reality, we play the game. Can’t guarantee as an employee that money was going to be used for those people and that’s when I started seeing a difference in vision and I started not sharing it. It got to the point that in the game against Canada the players talk and speak until I reach U20, when they kick me out of the delegation.

It wasn’t guaranteeing where the money was going because the executive committee didn’t accept that the management belonged to someone else or that they said the money was for the federation and they were going to take care of it?

When I presented the plan they told me there were no resources to do it, I said I was going to negotiate because I was not going to sit idly by. We went with teacher Hugo and when they started confirming they weren’t guaranteeing they were being used and there was a short circuit for me because they tell us there are no resources and we are bringing them And they won’t let us carry out those plans.. Were scouting in some 14 departments, camps for small teams. The training school for coaches that has been neglected for years, and was not even consulted with me or Professor Hugo on the material. We believed if we would be able to do it, but when it didn’t, in addition to demotivating you, it produced a disconnection from the commitment we all had because we were in the union.

Why was it not possible to set up a filter so that players were not talking about money with the chairman of the executive committee?

The executive committee never empowered me because they should have empowered the sporting director, not because he was Diego Henriquez, but because he didn’t exist. I told him about the roles and responsibilities that the person in that position had to perform and he let me do that. The issue of awards and the exhaustion of the captains to talk to the committee members, the way these players traveled in camps or games was not fair and sometimes they would get annoyed that I demanded it and it was just It was meant to give prominence to those who needed it, who were the players.

Did sports management never have the autonomy to say anything about logistics?

In part, we never had the empowerment that could have been. Before the event I was listening to a workshop by the Greece coach and he was explaining how they set their FIFA date, the coaching staff coordinates, not just someone who is at the desk and thinks it’s cheap It is possible There are professional details that make the player feel good. We got to know from the coaching staff through twitter that we are going to play friendly where, against whom and on what date. I spoke to the sports directors for Mexico and the United States and they have full authority.

What should be the priorities of the new executive committee?

The federation has not had such an opportunity to resolve. It’s a clean slate and we should appreciate that FIFA is offering an opportunity we haven’t seen coming. We all budgeted for the suspension and didn’t keep it and were able to create this commission and provide these solutions with INDES and look at the statutes. Before the committee comes, these things should be discussed and secondly how these profiles will be selected, each presents a plan for their area. Just as a selected team is questioned about its performance, it is the federation and not because they have been selected, they are already four years old and if things go wrong in a year or six months , the leader continues for four years.

Wasn’t in the main part of the sports body?

There are federations to bring football. There are human and monetary resources to be able to invest and change things. This is an opportunity for the people who come to give a new direction to the country. If they built a hotel but you have two areas that don’t work, you have 100 people working on the administrative part and you only have two goalkeeper trainers or limited technical staff. Management is central not only in the player but also in the game, which should be the objective of everyone who comes.

How much of what you worked for remained in the union or does it go with you?

I think steps were taken to say that there is a different culture in using technology, in doing things in a different way, in respecting the player. Nowadays you see teams like Costa Rica with three physios, three video analysts.

If the next executive committee gets an opportunity to pick up on the basics, how much will it cost annually?

About one million dollars per year which includes physical therapists, props, video analysts.

Is it ideal to have a coaching staff with each team?

Ideally, each team should have a different head and assistant coach than the others. Between May and June, Panama had four teams under 20 and older, each with four of its coaching staff, which is planned for 2026. This is a close example of what has to be done.

What happened to Eric Acuna?

At that point I sacrificed my academy to get him into the women’s teams and he went in the direction the committee wanted and I decided to change course.

Have you sold players to any team in the world?

Far from reality. The player is educating himself about the opportunities he might have and they look for a criminal.

When giving advice, did you think you might be wrong?

The one who gave the most advice was Gerson and I was attracted. People thought I was also FIFA’s representative because of the College Cup, I think it was part of misinformation and confusion.

How close should the coaching staff be to the First Division?

Many times we wanted to meet the First Division and above they told us that it is not possible. The relationship that should be there between technical bodies is important. In Europe you get those reports.