Djokovic stirs up controversy in Australia 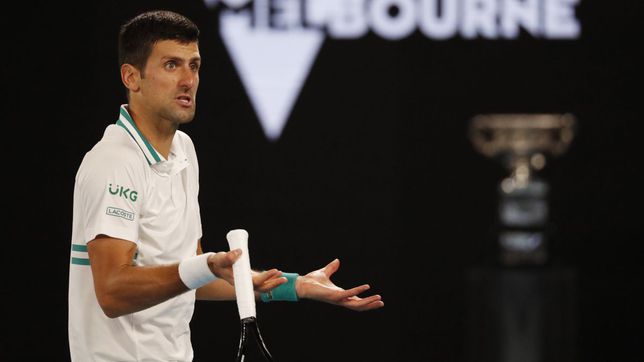 The Australian government’s decision to allow Novak Djokovic to enter the country from January 16 to play the 2023 Australian Open has sparked a wave of criticism as the current immigration minister, Andrew Giles, In a country that still has episodes starring Djokovic from last January.

on that occasion Djokovic tried to enter Australia to play the 2022 Australian Open despite not being vaccinated against COVID-19 and despite the fact that vaccination was a mandatory requirement to enter the country. A sudden admission that led to a media trial that ended with Djokovic’s banishment and with the withdrawal of Serbian visas to enter the country over the next three years.

However, the change of government in Australia has also favored this change over Djokovic in the country. Prime Minister Scott Morrison’s Liberal Party government lost the election to Anthony Albanese’s Labor Party, and one of the first measures taken by the new executive was to lift the country’s entry restrictions on foreigners. Country. Some measures have been further expanded, including the lifting of the veto on Djokovic to allow him access to the country by the current Immigration Minister, Andrew Giles.

a decision which has generated some controversy in Australia. Former Trade Minister Dan Tehan He assured in an interview that Giles must explain the measure. “He has to give an explanation to the people and he should come forward and explain why he took such a decision,” he said. Otherwise it looks like an exclusive deal for one person.

Australian immigration officials have also not liked the decision to lift the ban on Djokovic. “It is very strange. The most common thing is that these sanctions are revoked for compelling and compassionate reasons, although I doubt that in Djokovic’s case it is for this, ”says Abul Rizvi.

For his part, Immigration Minister Andrew Giles has issued a statement on Thursday in which he compiles the events that happened with Djokovic last January and where he justifies his decision to revoke Djokovic’s veto. “After considering all relevant factors, Minister Andrew Giles has taken the decision to revoke the decision to revoke Novak Djokovic’s visa under section 133F(4) of the Immigration Act. A power which can only be exercised personally by the minister. A decision to cancel a visa under section 133C(3) can be set aside if the person concerned satisfies the Minister that there are no longer grounds for canceling the visa. This decision setting aside the decision to cancel the visa does not mean that the original decision was affected by any mistake. Since Mr Djokovic’s visa was canceled in January 2022, Australian border restrictions related to COVID-19 have been removed, including the requirement to provide documentation on COVID-19 vaccination status to enter Australia. For this reason, Mr Djokovic is guaranteed a temporary visa to enter Australia.

Where the controversy has deepened in Australia over the lifting of the ban on Djokovic,… The Serbian tennis player is already looking forward to his favorite Grand Slam return to Melbourne, where ‘Nole’ will seek his tenth title which will also allow him to match Rafa Nadal’s tally of 22 Grand Slams. The two continue in this battle to see who ends their career as the tennis player with the most Grand Slams in history.