DNA Explainer: What We Know So Far About Mysterious Liver Disease Affecting Children 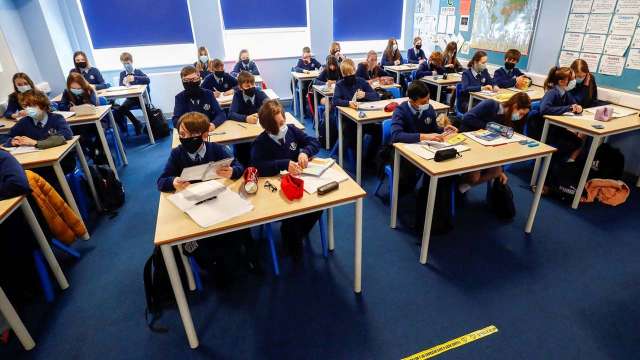 Even as the world battled the Covid-19 pandemic, various diseases appeared from parts of the world from time to time. A mysterious liver disease is now being detected in children in some parts of the United States and Europe, mostly the United Kingdom.

What is this mysterious liver disease?

Children between the ages of 1 to 6 years old were the target of the mysterious liver disease especially in the US and UK.

WHO first became aware of the unusual diseases earlier this month when they heard about 10 children in Scotland with liver problems.

One child became ill in January and the other nine in March. All became seriously ill and were diagnosed with hepatitis in the hospital.

Symptoms of this disease are similar to common liver diseases such as hepatitis or hepatitis, but the cause remains unknown.

Jaundice, diarrhea and abdominal pain have been reported in patients infected with the mysterious liver disease.

The liver processes nutrients, filters the blood and fights infections. Hepatitis can be life-threatening if left untreated.

British health officials have identified at least 64 more cases. No one died from it, but six needed liver transplants, the WHO said on Friday.

Laboratory tests excluded the hepatitis type A, B, C and E viruses that commonly cause such diseases.

Officials say they are not aware of international travel or other factors that could have put the children at risk of contracting the unknown disease.

The disease has so far been reported as serious. Reports say it may be related to a type of virus commonly associated with colds.

None of the Alabama cases had any underlying health conditions that apparently put them at risk for liver disease, health officials said.

Symptoms to watch out for

Jaundice (yellowing of eyes and skin)

Possible causes of the outbreak

According to scientists in Scotland, the leading hypothesis is that the liver damage is caused by an adenovirus, a large group of viruses that circulate widely and are often associated with respiratory and eye infections. Alabama officials are investigating a link to one specific version, adenovirus 41, which is commonly associated with intestinal inflammation.

Adenoviruses have previously been linked to hepatitis in children, but mostly in children with weakened immune systems. There are dozens of adenoviruses, many of them associated with cold-like symptoms, fever, sore throat and pink eye. But some versions can cause other problems, including inflammation in the stomach and intestines.

Alternatively, it is thought to be due to a Covid-19 infection or even a new, unnoticed variant. “A new or as yet undetected virus also cannot be ruled out at this stage,” officials wrote in the report.

Researchers also ruled out a food, drink or personal care product that could cause the disease. Toxic exposure is also unlikely.

The CIA’s attempt to curb Chinese espionage is easier said than done: experts