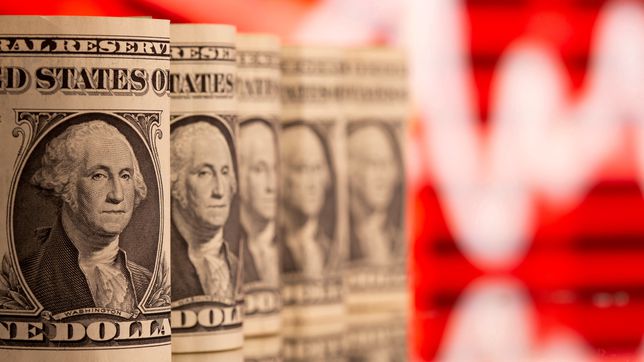 On Friday, the dollar closed with a loss against the Mexican peso.A currency that has hit its strongest level since June is supported by hopes that the Federal Reserve will be less aggressive in its interest rate hikes, as July inflation was lower than expected.

This week, the Labor Department announced that Year-on-year inflation rate fell to 8.5% from 9.1% In July, so the Fed could decide to raise interest rates by only 50 basis points, not 75 as it had done before.

Over the past five days, the Mexican currency gained 2.8%, its best weekly performance since March. In the meantime, Dollar Index, or DXYwhich tracks the behavior of this currency against a basket of the six most important currencies, Friday closed at 105,550 units with a gain of 0.53%, According to Investing.com, one of the most important financial sites.

with the market closed This is the dollar exchange rate for Mexico, Honduras, Guatemala, Nicaragua and Costa Rica as of this Saturday, August 13, According to Investing.com.