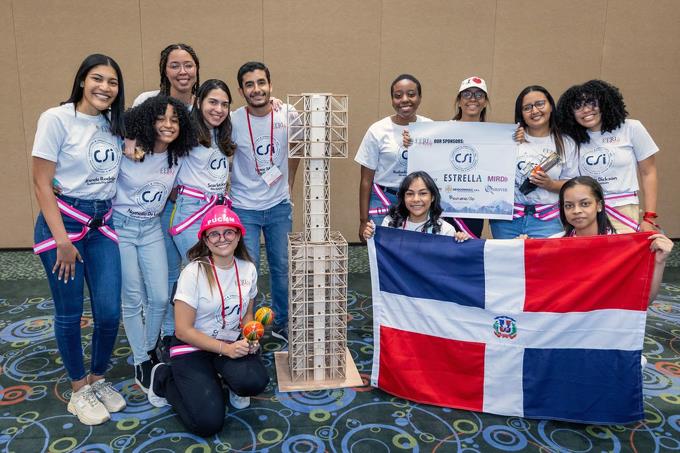 A group of 11 students from the Schools of Civil and Environmental Engineering; The architecture and design of the Pontificia Universidad Católica Madre y Maestra (PUCMM) won the Grand Prize for Best Seismic Display at the 19th Graduate Seismic Design Competition held in Salt Lake, Utah.

The Dominican team overcame a proposal from 42 participating universities from around the world to win the most important category of the international competition.

“Imagine there is an earthquake and out of 40 buildings, the one that behaved best was designed by the PUCMM team,” explained Ashley Morales, director of the School of Civil and Environmental Engineering for Mother and Teacher.

“Coming to this position means that the science we teach here is as valid as the ones they learn there. We are preparing young people to become the engineers of the world,” the professor insisted.

The team was composed of 10 women and one man, a specialty in engineering that sparked the interest of participants in Utah, who were interested in learning more about the only team led by women.

To participate in the event, youth between the ages of 19 and 21 submitted a proposal last January to be ranked in the top nine out of 42 universities in the world, eventually advancing to the competition with the category of overweight. were presented till date. 19th delivery of the annual undergraduate seismic design competition.

Thirty-fifth day of the military special operation in Ukraine

Stagecoach and Coachella 2022: What’s Similar and Different Between the Two Festivals