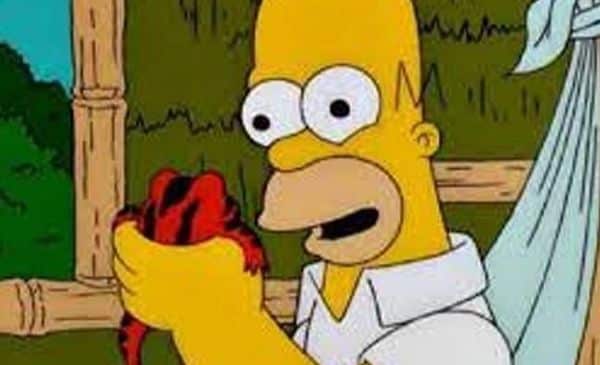 An unusual request was recently made by the United States National Park Service. In a statement, they advised visitors “not to lick the psychedelic toads” that produce the hallucinogens, as doing so risks serious illness.

Authorities last week posted messages on social media warning of the dire consequences of licking Sonoran Desert toads, a practice popularized on TV shows such as “The Simpsons” and “Family Guy.”

In the statement they assured that “as we say with most things found in a national park, whether it’s a banana slug, an unidentified mushroom or a large frog with glowing eyes in the middle of the night, please refrain from licking Do it.” ,

Sonoran Desert toads, the largest in North America at about 18 centimeters long, secrete a potent toxin from their glands that “can make you sick if you handle the toad or put the toxin in your mouth,” he wrote. The advisory doesn’t mention how many people these slimy green creatures, also known as Colorado River toads, found in the southwestern United States and northwestern Mexico, have tried to lick .

The truth is that to defend themselves against predators, these frogs secrete a milky substance that contains various toxins including 5-MeO-DMT, a psychoactive compound that produces hallucinogens. Smoking 5-MEO-DMT leads to a short-lived, psychedelic experience and has become popular in recent years, including at expensive clandestine “Toad ceremonies” in the United States, where the substance is controlled, and in Mexico.

This toad is so popular that celebrities such as boxing champion Mike Tyson and podcast host Joe Rogan have discussed using the substance for medical, recreational, and spiritual purposes.

UK government approves extradition of Assange; he plans to appeal

Australian Nick Kyrgios has apologized for breaking his racket after losing to Rafael Nadal in Indian Wells.