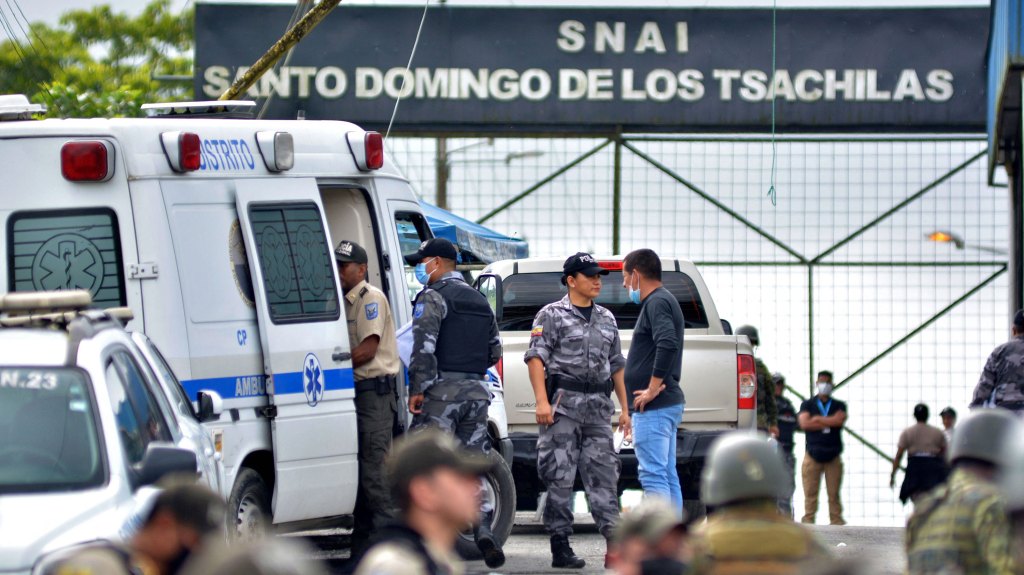 At least 43 people have been killed and 13 injured in a prison riot between rival gangs at a maximum security center in northern Ecuador.

Ecuador’s national police commander, General Fausto Salinas, told a news conference on Monday that the death toll was likely to rise as many of the wounded were taken to hospital in critical condition.

A riot broke out at the maximum security wing of the Social Bellavista Rehabilitation Center in the city of Santo Domingo de los Tsachilas, about 150 kilometers (about 93 miles) west of the capital Quito.

Salinas told reporters that at least 112 prisoners had been recaptured. Ecuador’s interior ministry said officials had regained control of the facility’s maximum-security wing.

A policeman was injured in the operation to recapture the prison. According to Ecuadorian police, prison guards seized four rifles, four pistols and four grenades from the prisoners during the operation.

“My deepest condolences to the families and loved ones of those killed in the riots in Stow. Domingo Prison. This is an unfortunate consequence of mass violence,” tweeted Ecuadorian President Guillermo Lasso.

Ecuador’s prison system has been under a state of emergency since deadly clashes in September 2021, when clashes with automatic weapons and even grenades killed 118 people.

More than 300 prisoners were killed in prison violence in 2021, according to data from Ecuador’s prison service SNAI.

Ecuador is a major transit point of the route that brings cocaine from South America to the Americas and Asia, making it fertile ground for gang fighting. In this escalating struggle for territorial control, prisons have become battlegrounds.

In October, officials said thousands of prisoners, including elderly people, women and disabled and incurable diseases, would be pardoned to clear the space.

St. Paul businessman with ‘hard life’ gets $1M . of 15 months in prison for defrauding the IRS