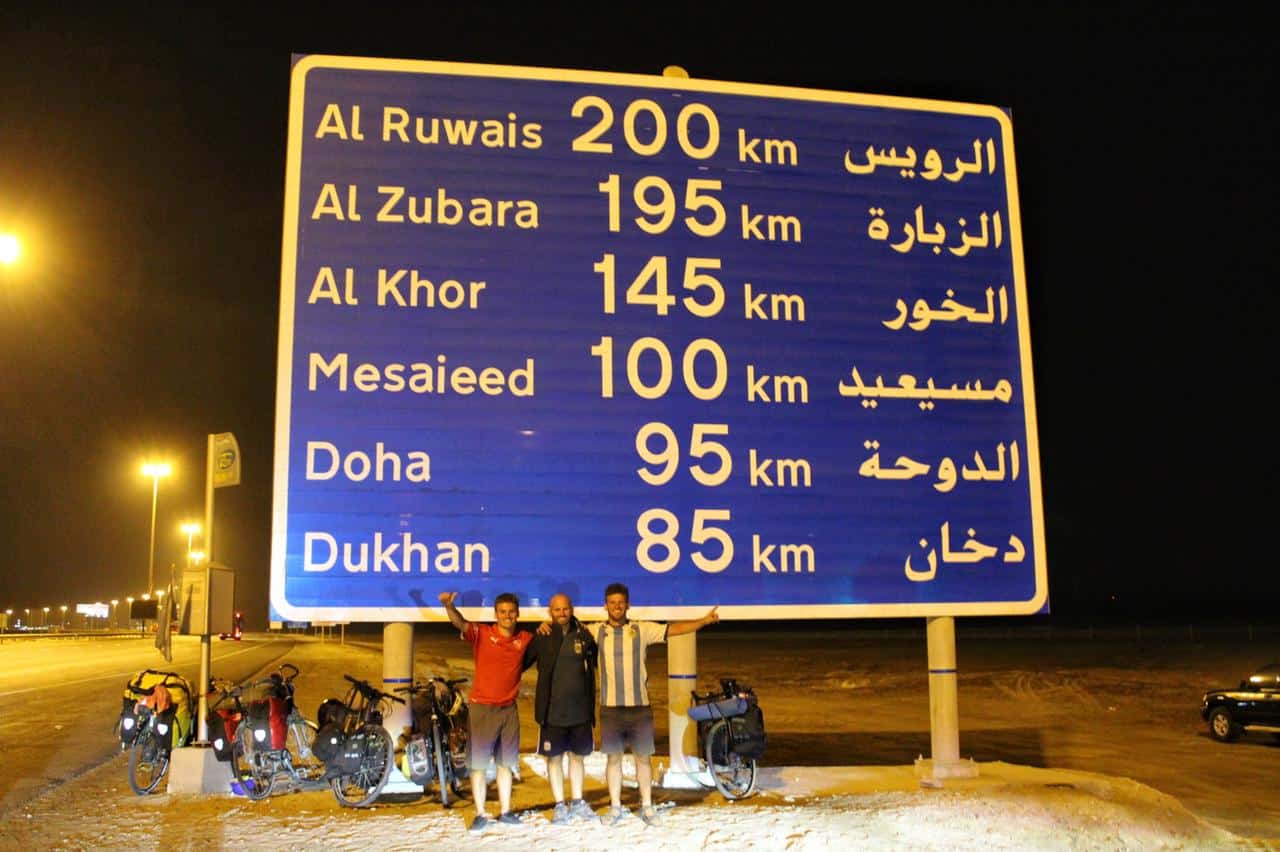 Germán, Federico and Franco Bertino are from Pickens, they started the “pedaling to Qatar” adventure six months ago and achieved their goal: after 7 thousand kilometers on the bike they arrived at the place where the World Cup will be held.

The boys told us that they left Berlin in June this year with the hope of reaching Qatar in November: they arrived this Tuesday night. “We are overjoyed to be able to fulfill our dream of accompanying the national team and making this journey between brothers a reality”

Germán has been traveling the world by bicycle since September 2020 and was in Diego Maradona’s city of Naples during the Copa América: “I was struck by all the magic in that city and I told my brothers that if Argentina won the Copa América, I was going to Qatar by bike. I proposed it to him and he was excited. I kept traveling alone, by September the three of us got together in Berlin and that’s where the journey began,” said Germaine.

“We went through many countries and went to wonderful places. And a few days ago we went to UAE by boat from Iran and on Tuesday we reached Saudi Arabia and then reached Doha where we are currently. The arrival was special: in Abu Dhabi we met other groups of Argentines, one of those groups being Laboule, three Argentines from Córdoba who did it by bike and two other couples who traveled by motor home. We already had access to Qatar (Visa) but the people in the van didn’t have it due to last minute restrictions. He was very angry for not being able to enter. At the border we met people living in Doha, they wanted to help us and filmed a video which they shared with a well known influencer in Qatar. They shared the videos on their networks and personally went to see us at the border, touched contacts that finally allowed the trucks to enter the country. It was very emotional as representatives of the Qatari government welcomed us and gave us free accommodation for a few days.”

“We’re going to live the whole World Cup”, said the Bertino brothers, who are living the moment they dreamed of, with emotions on the surface of their skin.