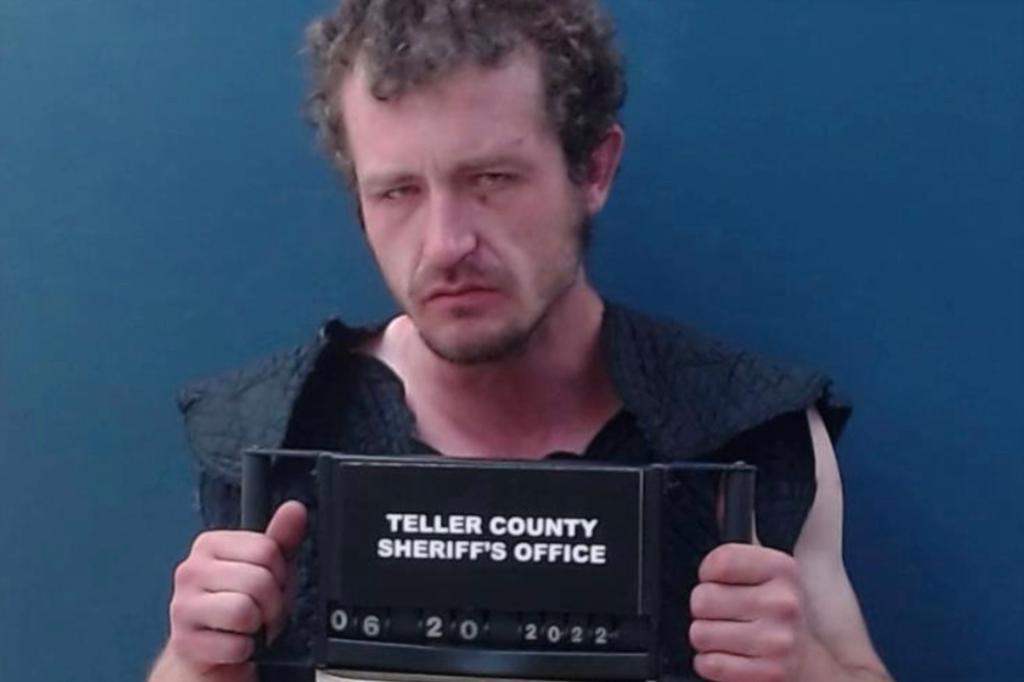 A “drunk” Colorado man with a knife was shot and killed by police officers after he stole a marked patrol car and then tried to answer a domestic violence call, officials said.

Jeremiah James Taylor, 33, who was already on probation for threatening, stealing and drunk driving, broke into a Park County Sheriff’s Department substation and stole a patrol car early Monday morning, according to an affidavit.

He then drove to neighboring Teller County on a domestic violence call, where a “reporter” said he “looked drunk” and “damaged” a patrol car, the affidavit says.

At one point, he allegedly jumped out of a stolen police car and asked, “Where’s the old man who’s going to shoot somebody?”

The report said the local MP, who was actually sent on the call, then collided with Taylor, who instead “accelerated at high speed” towards the local highway.

He then led “several marked” patrol cars in a 110 mph chase for “several miles with other civilian vehicles on the road,” the document said. According to officials, during the chase, he committed numerous traffic violations.

“One of my biggest fears was that we would have a high-speed chase when a law enforcement vehicle crashed into an innocent citizen,” Park County Sheriff Tom McGraw told KDVR.

Taylor ended up crashing and crashing the squad car by jumping out of it and running into the woods, the affidavit says.

Authorities said he was cornered, pulled out a silver knife, and was shot once after a stun gun failed to stop him. According to the police, he was taken to the hospital “due to self-inflicted stab wounds.”

It is also “under investigation into numerous other crimes that were committed in the area shortly before this incident occurred,” Teller County officials said. According to the documents, he was held on $12,000 bail.

Dave Hyde: The Dude, the Dolphins and the Experiment to End the Tyrant Football Coach