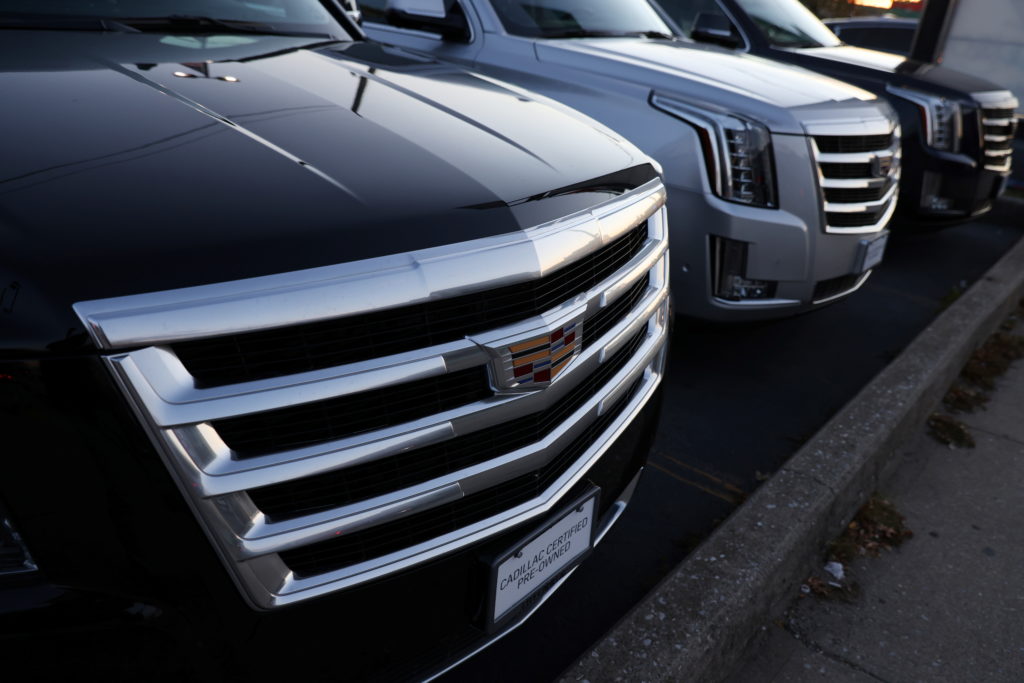 DETROIT ( Associated Press) – US new vehicle sales fell more than 21 percent in the second quarter compared to a year ago as global semiconductor shortages continued to cause production problems for the industry.

Yet demand still exceeds supply from April to June, even with $5 per gallon of gasoline, high inflation and rising interest rates. Short supply has pushed prices to record levels, forcing many consumer new vehicles out of the market.

Edmunds.com said automakers sold 3.49 million vehicles during the quarter, down about 933,000 compared to the same period last year.

J.D. Power estimates that the average selling price of a new vehicle for the first six months of the year reaches about $45,000, up 17.5 percent from the year before. Edmunds.com reported that 12.7 percent of consumers who financed a new vehicle in June had monthly payments of $1,000 or more.

At General Motors, which reported a 15 percent drop in sales, a shortage of chips and other parts forced the company to build 95,000 vehicles without one part or the other. The unfinished vehicles are expected to be finished and sold by the end of the year.

Jack Hollis, Toyota’s head of sales in North America, said the chip crunch didn’t improve as much as the company expected in the first half of the year, and he doesn’t see it getting much better until next summer.

“Every microchip producer is producing at the maximum speed because they have maximum demand,” Hollis said. “There’s no catching up. It’s really falling behind.”

Toyota’s sales were down 19 percent in the first half of the year and fell 18 percent in June. This allowed GM to pass on the Japanese company and retake the crown as the best-selling automaker in the US, a title GM lost last year.

Stelantis, formerly Fiat Chrysler, reported a 16 percent drop in sales. Honda’s second-quarter sales fell by more than half, with the company blaming “serious” supply chain issues. Nissan’s sales for the quarter fell by about 39 percent and Hyundai reported a sales decline of 23 percent.

Most automakers were reporting sales figures on Friday, but Tesla is likely to do so later this week and Ford won’t report until Tuesday.

Edmunds predicted that about 3.5 million new vehicles were sold in the US last quarter, down 20.8 percent from the same period a year ago. Edmunds expects inventory shortages to continue for the foreseeable future, leaving auto buyers disappointed.

“Most consumers who buy vehicles under these circumstances are either in a financial position where money is scarce or doing so out of absolute necessity,” said Edmunds analyst Jessica Caldwell.

But supply problems are limiting inventory and sales, Hollis said. He said the company started June with 9,000 vehicles across dealer lots and ended the month with around 8,500. The vehicles are being sold within 36 hours of reaching the dealers.

Hyundai announced that it will stop selling its Accent and Veloster small cars in the US, leading automakers to continue the trend of cutting models of cars as SUVs become America’s preferred body style.

Parker said the company’s main electric vehicle, the Ioniq 5, is selling strong, with nearly 7,500 delivered in the second quarter.

But even smaller, fuel-efficient gasoline vehicles aren’t moving forward. Hyundai’s Elantra compact car saw a sales decline of 44 per cent during the quarter, but sales were halted for some time due to safety recall issues.

Refugees in the US can’t retain employment for long: study says