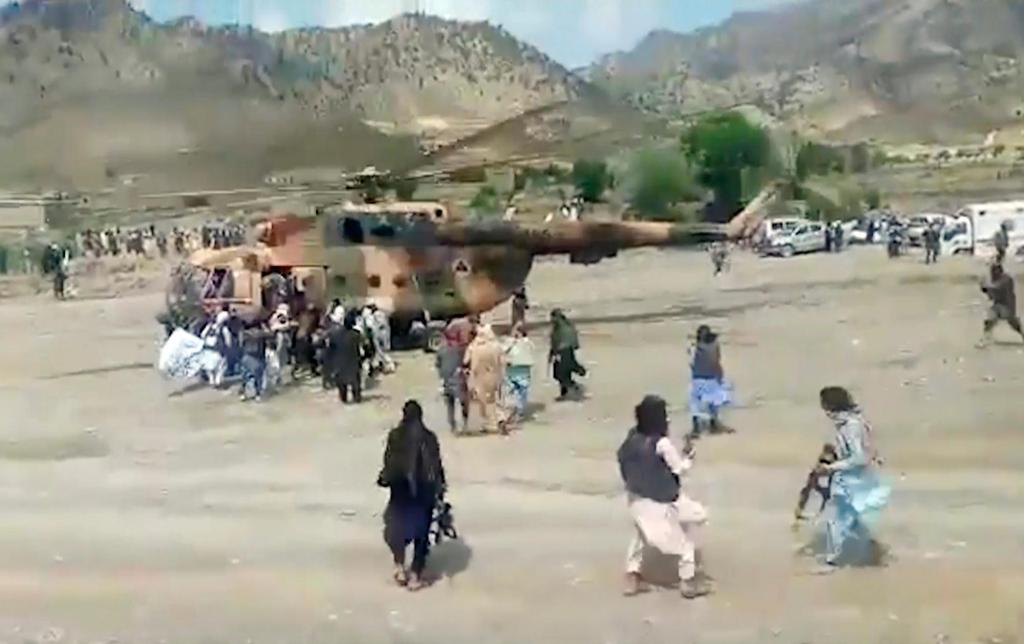 Kabul, Afghanistan. A powerful earthquake hit a rural, mountainous region in eastern Afghanistan early Wednesday morning, killing 1,000 people and injuring 1,500 more in one of the deadliest quakes in decades, the state news agency reported. Officials have warned that the already grim losses could rise further.

Information about a 6.1 magnitude quake near the Pakistani border is still scarce, but quakes of this magnitude can cause severe damage in an area where houses and other buildings are poorly constructed and landslides are common. Experts estimate a depth of just 10 kilometers (6 miles) – another factor that could cause serious damage.

The disaster was a major test for the Taliban-led government, which seized power last year as the US planned to withdraw from the country and end its longest war, two decades after the same insurgents were overthrown after the 9/11 attacks. .

Rescuers arrived in the area by helicopter on Wednesday, but the response is likely to be difficult as many international aid agencies left Afghanistan after the Taliban seized power. Reaching the countryside, even under the best of circumstances, remains difficult in Afghanistan, a landlocked country slightly smaller than Texas, with rutted mountain roads that may now be badly damaged.

In light of these difficulties, the Taliban spokesman sought international assistance.

“When such a major incident occurs in any country, there is a need for the help of other countries,” Sharafuddin Muslim said. “It is very difficult for us to respond to this large-scale incident.”

According to the meteorological department of neighboring Pakistan, the epicenter of the earthquake was in the Afghan province of Paktika, about 50 km southwest of the city of Khost. Buildings were also damaged in Khost province, and tremors were felt about 375 kilometers (230 miles) from the Pakistani capital, Islamabad.

Footage from Paktika shows men carrying people in blankets to waiting helicopters. The rest were treated on the ground. One resident could be seen receiving intravenous fluids while sitting in a plastic chair near the ruins of his home, and more lay on gurneys. Some of the images show residents removing mud bricks and other rubble from destroyed stone houses, some with collapsed roofs or walls.

According to the Bakhtar news agency, the death toll is equal to that of the 2002 earthquake in northern Afghanistan. These are the deadliest events since 1998, when a magnitude 6.1 earthquake and subsequent aftershocks in Afghanistan’s remote northeast killed at least 4,500 people.

In most places in the world, an earthquake of this magnitude would not have caused such extensive destruction, according to Robert Sanders, a seismologist with the US Geological Survey. But the number of victims of an earthquake most often depends on geography, the quality of buildings and population density.

“Because of the mountainous terrain, there are rockfalls and landslides that we will not know about until we report later. Old buildings are likely to collapse and collapse,” he said. “Because of how dense the area is in this part of the world, we have seen similar earthquakes in the past cause significant damage.”

The Taliban are still trying to rebuild government ministries abandoned by cadres loyal to his previous Western-backed government, and it was unclear how officials arrived at the casualty figures reported by Bakhtar.

In Kabul, Prime Minister Mohammad Hassan Akhund called an emergency meeting at the presidential palace to coordinate relief efforts, and Bilal Karimi, deputy spokesman for the Taliban government, tweeted to urge aid agencies to send teams to the area.

“The answer is on the way,” Ramiz Alekperov, UN Resident Coordinator for Afghanistan, tweeted.

This may prove difficult given the situation in which Afghanistan finds itself today. After the Taliban swept across the country in 2021, the U.S. military and its allies retreated to Kabul’s Hamid Karzai International Airport and then retreated completely. Many international humanitarian organizations followed suit due to security concerns and the Taliban’s poor human rights record.

Since then, the Taliban have been working with Qatar, Turkey and the United Arab Emirates to reopen airports in Kabul and across the country, but nearly all international carriers still avoid traveling to the country, and reluctance on the part of aid organizations to keep money in the Taliban’s coffers could hinder the delivery of supplies and equipment.

However, the Afghan Red Crescent Society sent about 4,000 blankets, 800 tents and 800 kitchen utensils to the affected area, according to CEO Bakhtar Abdul Wahid Ryan.

The Italian emergency medical team, which is still active in Afghanistan, said it had sent seven ambulances and personnel to areas closest to the earthquake zone.

“The fear is that the number of casualties will increase even more, also because many people could be trapped under collapsed buildings,” said Stefano Sozza, regional director of emergencies in Afghanistan. “This latest tragedy cannot but worsen the state of instability and economic and social hardship that Afghanistan has been experiencing for months.”

Pakistani Prime Minister Shahbaz Sharif said his country would provide assistance. In the Vatican, Pope Francis offered up prayers for all those killed and wounded, as well as for “the suffering of the dear Afghan population.”

In some remote areas of Pakistan, there were reports of damage to houses near the Afghan border, but it was not immediately clear whether it was due to rain or an earthquake, said Taimoor Khan, a disaster management spokesman for the area.

The European seismological agency EMSC said the quake was felt over 500 kilometers (310 miles) away by 119 million people in Afghanistan, Pakistan and India.

Mountainous Afghanistan and the larger region of South Asia along the Hindu Kush mountains have long been vulnerable to devastating earthquakes.

With floods imminent, evacuations were ordered in Washington