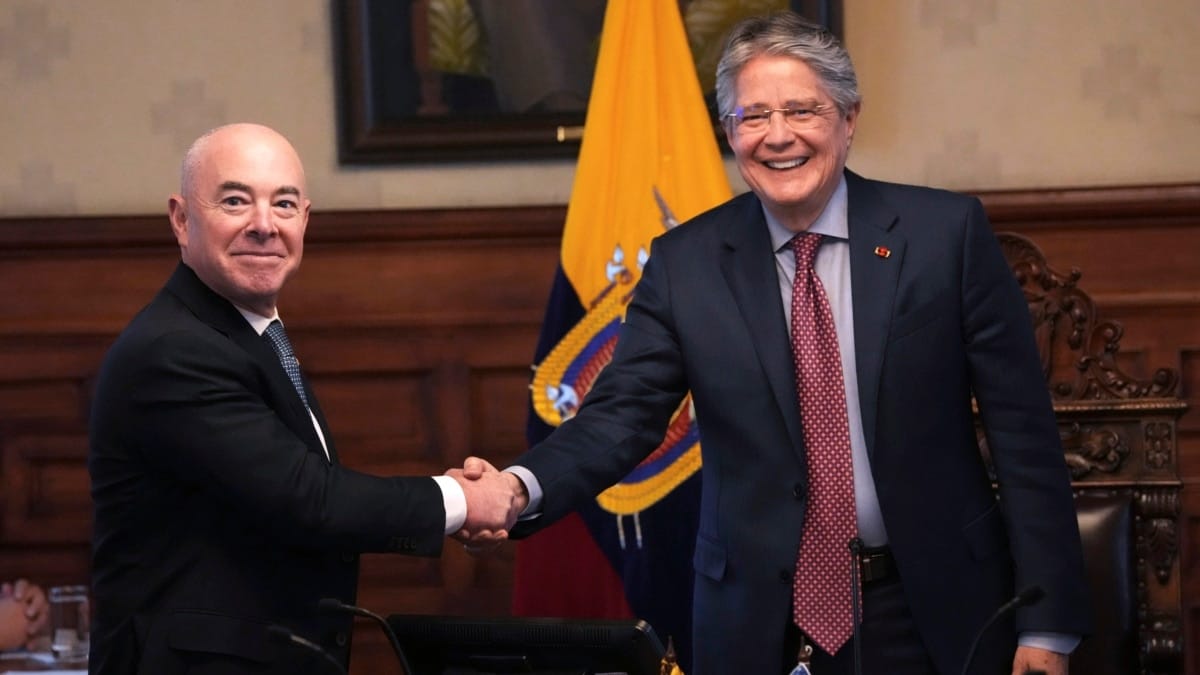 Lasso has urged continued cooperation from the United States and European countries in combating the growing power of cartels and organized crime that has manifested itself in violent riots. Massacre inside the main prisons States in a country where criminal gangs dispute routes and territories for drug trafficking.

Last year, Ecuador became the third country in the world with the most drug seizures, mainly cocaine, with 210 tonnes seized. By the beginning of December this year, the police had seized 180.5 tonnes.

On his Twitter account, Mayorcas he claimed In the meeting with Lasso, they discussed opportunities to strengthen the bilateral alliance. “Our partnership and friendship is based on shared values ​​and a commitment to enhance the security of our democracies.”

Institutional strengthening of law enforcement and regional migration management were other topics discussed during the bilateral meeting.

In a little over a year and a half in office, the President of Ecuador has also met with the First Lady of the United States, Southern Command Chief and other military chiefs and the Under Secretary for Political Affairs at the State Department.

Mayorkas continued his trip to Colombia and met Friday with leftist President Gustavo Petro and his cabinet.

Migration was a central issue, as Colombia is a transit country for thousands of migrants who move to the north of the continent and risk crossing Dangerous Forest of Darien Which connects to the border of Panama.

Mayorkas assured in an official statement in Bogotá that this is a hemispherical challenge that also requires a regional solution that seeks to respect the human rights of asylum seekers while abiding by the laws of the respective countries.

He said that it is necessary that more and more opportunities are created for people to stay in the countries where they belong instead of trying to migrate.

Colombia’s Foreign Minister Alvaro Leyva said a Latin American conference would be held in the first half of 2023 to address the migrant phenomenon in the region.

‘Guernica’ Antiwar Tapestry to Be Rehung at UN