Efficiency is the challenge of the Latin American dairy sector 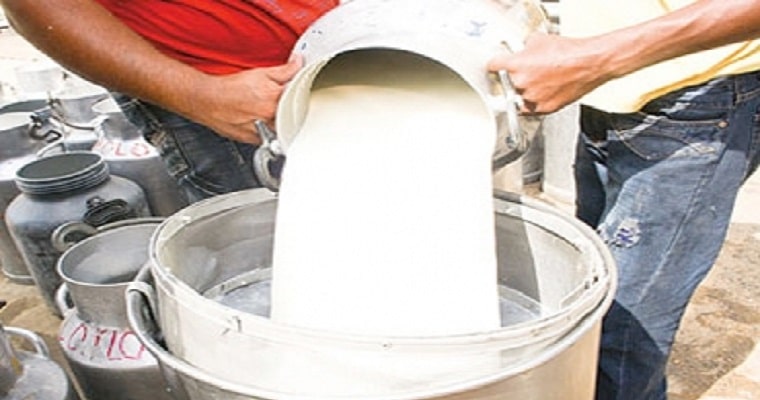 Santiago – A dairy farm in Latin America is, on average, a tenth of a superspeciality in the United States, Australia or New Zealand, so efficiency is the main challenge in this area, according to a recently released study. FAO.

Alejandro Acosta, livestock policy officer at the Food and Agriculture Organization of the United Nations (FAO) and co-author of the study, explained that “one of the challenges to improving the level of dairy productivity in the region is linked to increased scale efficiency.” .

The “Beyond the Dairy Farm” study by the FAO and the Pan American Dairy Federation examined the region in all 19 continental countries, except Belize and the Guanas, plus Cuba and the Dominican Republic.

The region has 3.3 million producers, accounting for 81 million tonnes of milk per year, 20% of them as specialty producers, producing about 80% of the region’s total production.

Latin America participates with 12% of world production of bovine milk, seven percent of exports and 13% of global imports of dairy products.

Given the region’s potential to create a broad value chain – there are thousands of industrial enterprises based on milk products – dairy activity contributes to the creation of more than four million direct jobs and half a million indirect jobs.

X-rays showed that, for the most part, the production structure was made up of a large number of small producers, and with low average production in most countries.

The leaders in this sector are in the southern cone: Argentina has 10,200 dairy farms, producing an average of 2,828 liters per day; Chile has 5,000 with 1,196 liters per day, and Uruguay, among the countries analyzed, has the fewest farms at 3,873, but their average production is 1,570 liters per day.

The study shows the relative modesty of those figures when compared to US specialty farms, which produce an average of 6,800 liters per day, Australia’s 5,200 liters, or New Zealand’s 4,500 liters.

The regional average is equal to one-tenth of those reference countries.

With regard to consumption of dairy products in the region, Uruguay tops the table with 230 equivalent liters of milk per capita per year; It is followed by Costa Rica (220 litres), Argentina (190), Brazil (170), and Colombia and Chile (150).

A central region is Mexico (120) and Cuba (90), and the countries with the lowest consumption are Nicaragua, Bolivia and Guatemala, with consumption of 60 liters or less.

The dairy chain has a large variety of industrial links with national private capital companies, cooperatives and parastatals and multinational firms.

The largest, by volume and process of milk received per year, are Lala, Nestlé, Lactalis, Italac, Bella Vista and Itambe in Brazil, Conaprole from Uruguay, Serenissima and Saputo from Argentina, Colanta and Gloria from Colombia. from Peru.

Another issue the study considers is informality or non-compliance with minimum quality standards, food science, taxes and labor requirements. Although he admits that this is a difficult phenomenon to quantify, it permeates the entire dairy chain and negatively affects the performance of the sector.

By combining the main factors related to productivity, the study highlighted the performance of Brazilians and Costa Ricans. Brazil shows a growth rate of four percent per year, which is explained by an efficiency change of 1.4 and a technological change of 2.5%.

Costa Rica presents a growth rate of 3.3%, which is reflected in an efficiency change of 1.2% per year, along with a technological change of 2.1%.

During the past decade, the Latin American dairy sector’s productivity growth reached an average growth rate of 0.7% per year (-1,5%) due to a positive increase in innovation (2.2%) associated with a negative increase in efficiency.

For Acosta “this indicates that, although technological change is driving productivity levels, the determining factor in improving the input-output ratio in this sector is to improve the level of efficiency, i.e. the use of resources and technologies at present.” The capacity to be used is available for more production.