Egypt: they discover a Roman residential city on the banks of the Nile. It dates from the 2nd and 3rd centuries. 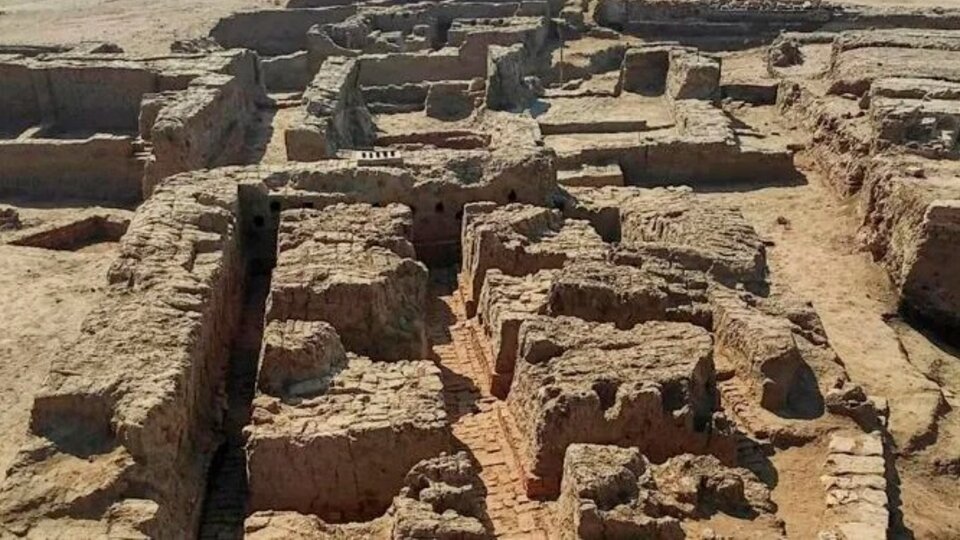 loss Remains of an “entire residential city”dating back to the 2nd and 3rd centuries of the Christian era Discovered on the banks of the Nile near the Temple of Luxor in EgyptThe Antiquities Ministry of that country reported on Tuesday.

The discovery provides information about “the most important and ancient residential city on the east coast of the Luxor province”, which It is believed to be an extension of the ancient city of Thebes”, which was the capital of ancient Egypt. In the Middle and New Kingdoms, Mustafa Vaziri, secretary general of the Supreme Council of Antiquities, explained.

He also reported that, during excavations near the Luxor Temple, The mission found “a number of residential buildings and two tombs from the 2nd and 3rd centuries, in addition to several metalworking and foundry workshops”. “Pots, water bottles, jars, ceramic lamps, grinding utensils, as well as Roman copper and bronze coins.”

Furthermore, the official assured that the mission will continue with excavations at this archaeological site in view of the possibility of “uncoverings”. More secrets of this city,

For his part, Fathi Yassin, director general of Antiquities of Upper Egypt, said that “Many ceramic vessels were found inside the tombs which were used as nests for the pigeons.” And that, according to preliminary studies, “began to be used since Roman times”.

In recent months, Egypt has revealed a number of important discoveries, mainly at the Saqqara necropolis, south of Cairo.

In January he also announced that a tomb had been found in Luxor, possibly belonging to an 18th Dynasty royal wife of Akhenaten and Tutankhamun, that is 3,500 years old.

Some experts believe that the announcement of the findings has a political-economic ramification rather than a scientific one, as the country of 104 million inhabitants and in the midst of a severe economic crisis-, Use them to re-energize tourism affected by the COVID-19 pandemic.

In this sense, the government wants to attract 30 million tourists per year by 2028, compared to 13 million who traveled before the pandemic.

The sector, which employs two million people and generates more than 10 percent of GDP, has been in decline since the Arab Spring in 2011.

The NBA’s LA Clippers made it to the $1.2B arena called the Intuit Dome. Kept

There are 2 big reasons for ‘The Baby-Sitters Club’, according to Netflix creator Rachel Schuckert