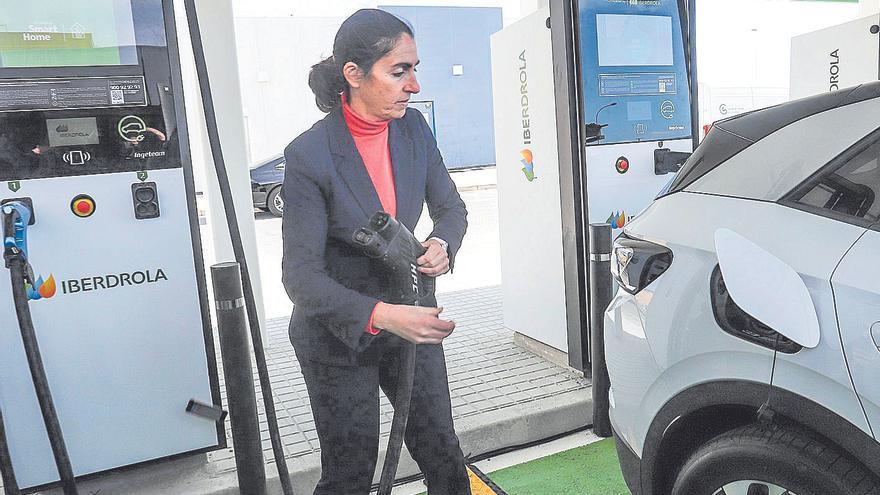 The proposal of the PP’s president, Alberto Núñez Feijú, that the government bet on the “immediate” return of vehicles more than ten years old “and replace old combustion engines with new ones”, not only earned him critics. Has done, even experts wonder “Who’s going to pay for that?” he wonders. miguel sanchezDirector of the Vehicle Engineering, Biomechanics and Mechanical Design Research Group at the Miguel Hernández University (UMH) of Elche.

He is one of the experts who attended the conference this Thursday “Energy for Mobility and Transport in the Next Decade: From Thermal to Electric” Wherein the discussion was held on what type of energy will be used for mobility and transportation in the next decade during the transition period from fossil fuel to electric technology.

The European Union has marked the year 2035 For him End of combustion cars and ban on heat engines, A date that according to experts is difficult to find today, at least in Spain 60% of the car park is more than ten years old and less than 3%, about 700,000 vehicles, are hybrid and electric.

«Very few dates have been set for the disappearance of the combustion engine and none is clear whether they are too optimistic»UMH researchers explain who predicts that the transition between thermal combustion and electrical technology will still happen “very long”.

“On the one hand, there is the technology that will be used, much of which is still in its infancy, and on the other, social issues such as changing habits and economic viability,” says this expert. In fact, the price difference was also put on the table, other things being equal, between a combustion vehicle and an electric one, the latter being much more expensive. “And they can’t be subsidized forever,” Miguel Sanchez says

Experts gathered by UMH revealed that a Great revolution in transport and mobility, but it still exists many unknowns and doubts, What would be the technology that would be implemented to make the vehicles more efficient? a The question still remains unanswered.

At present, most electric cars use the drumthat experts agree it is being “very effective”, and other technologies are already being developed, such as green hydrogen, even with very little penetration in the automobile market, or Biofuels and Synthetics for combustion cars.

This also hybrid technology It is in great demand, which unites combustion with electric batteries “which will be transitional”, they indicate. Experts point out that Technology will improve in the coming years, Specifically to increase autonomy.

And which car to buy depends on use, as electrics are recommended in urban environments and moderate routes, but hybrids are still the star for longer trips. And that combustion cars that use biofuels or synthetic fuels still have opportunities.

Another issue that arises is Still lack of charging point of electric vehicles. “Although they are fast, not as fast as filling the tank, so drivers should change their travel habits,” says Sanchez.