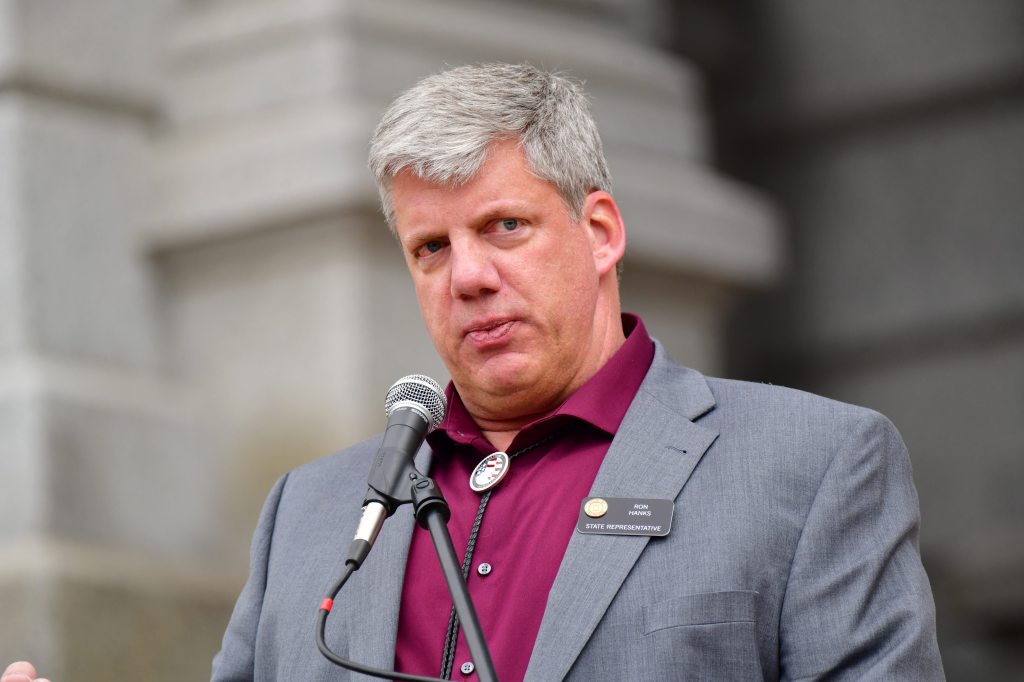 The director of the state’s election department told him this week that two former Colorado GOP candidates who subscribe to election denial claims may not get the votes counted in their race in the 2022 primary election.

Accused Mesa county clerk and recorder Tina Peters was running for the GOP nomination for secretary of state and Colorado House Representative Ron Hanks is seeking the Republican nomination for the US Senate. Both lost their races by such a large margin that they would not automatically trigger any recalculation – the winning margin must be within half a percent.

Candidates have the opportunity to request a recount of their elections regardless of the difference in votes, but they must pay the costs that counties will incur for conducting the tables. Hanks and Peters both requested recounts in letters notarized on July 12 and 13 and sent to the Colorado Secretary of State’s office. The office cited the cost for recalculation in each race as $236,279.37, and the law requires candidates to pay the cost within one day of receiving estimates.

None of the candidates submitted the payment till the deadline. In the July 15 letters, Peters and Hanks requested cost-of-hand calculations for their race, using similar claims about security vulnerabilities and problems with the Dominion voting system – a common target for election conspiracy theorists.

However, election rules say the recount must be the same as the original election, Judd Choate, director of the election department, wrote to Peters and Hanks on Tuesday. A different type of recount can be allowed only if there are no discrepancies in this election.

Additionally, Choate refuted the security claims, stating that references to candidates for “rigorous election tabulation audits of human-readable portions of physical ballots and paper records” have already been conducted by counties, and this Result confirmed. Race without any discrepancies reported by any county.

If a candidate still wishes to go through recalculation using the same systems permitted by law, they have until July 26 to submit a fresh notarized request and payment of associated costs, Choet wrote.

Neither Peters nor Hanks or their campaigns responded to requests for comment on Wednesday afternoon.

On Wednesday, the Colorado County Clerks Association said in a statement that Peters had sent an email to county clerks saying she was planning to request a hand count of votes from “selected counties,” but that she It did not say which county, “nor did it explain its right to request this illegal form of recalculation.”

The association said it had not heard of clerks receiving a similar request from Hanks.

“Clearly, Peters’ request is part of a larger effort to create chaos, disrupt and cast doubt on our elections,” said executive director Matt Crane. “Voters have already sent a resounding message to these people by ensuring that those who refuse to vote on the ballot paper across the state are rejected. It seems like just another stunt to try and look legit. ,

Crane said Peters should stop trying to deceive Colorado citizens “with their electoral lies and lack of knowledge” and instead continue to let “true election professionals” run safe and secure elections.

The Colorado Secretary of State’s office said in a statement that “clearly, these allegations are false” of the claims made in Peters and Hanks’ letters.

According to the statement, “each of the Republican Senate and Secretary of State primary races were audited, and the results were confirmed by bipartisan election judges.”