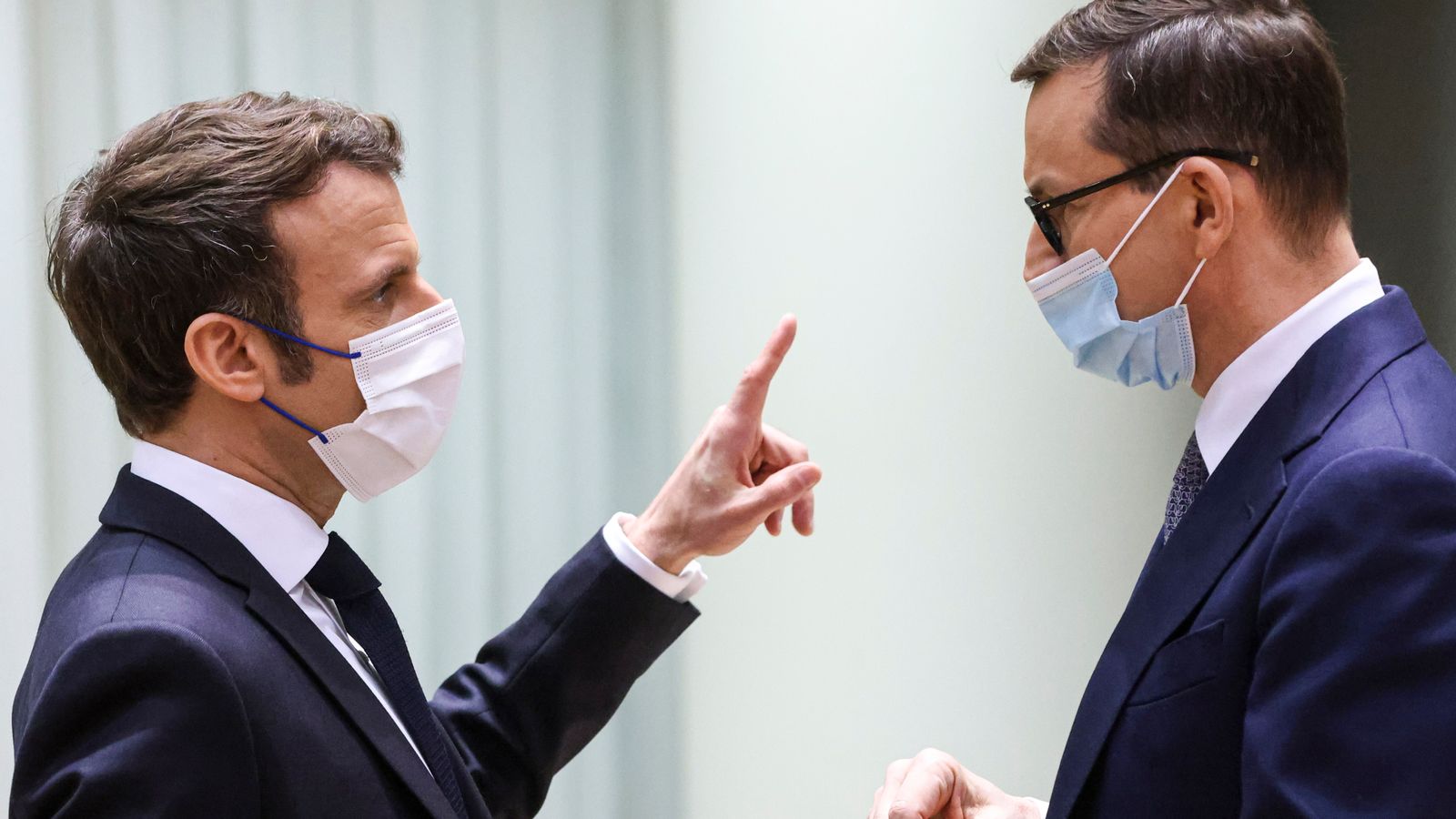 Poland has summoned the French ambassador after the country’s prime minister was called “anti-far-right” by Emmanuel Macron.

Mr Macron a day away from French presidential election – where his main rival is far-right candidate Marine Le Pen – and Poland blamed his words on campaign enthusiasm.

Controversy escalated when Macron told Le Parisien on Thursday that Morawiecki was a “far-right anti-Semitic who bans LGBT individuals”. He also claimed that the Polish prime minister was trying to help Ms. Le Pen.

A Polish government spokesman said it was a “lie” that Mr Morawiecki was anti-Semitic.

While President Macron did not elaborate on his claim, Mr Moraviecki caused controversy in 2018 when he said there were also “Jews perpetrators” of the Holocaust.

His government also brought in a law that punishes those who blame the Poles for Nazi Holocaust crimes.

Another law effectively prevents the restoration of property that was owned by Holocaust victims and was later confiscated by the state.

Anti-Semitism is a particularly sensitive topic in Poland because Hitler used the country to kill millions of Jews and others in notorious death camps such as Auschwitz, Treblinka and Belzec.

Poland has taken in the most refugees from the Ukraine war, and Mr Moravicki earlier this week criticized Mr Macron’s diplomatic efforts – including several calls to Vladimir Putin despite other Western leaders turning him away.

“President Macron, how many times have you negotiated with Putin? What have you achieved? Will you negotiate with Hitler, with Stalin, with Pol Pot?” He said in a press conference on Monday

He also hit out at the German chancellor by name, saying: “Chancellor Scholz, Olaf, this is not the voice of German businesses that should be heard in Berlin today. It is the voice of these innocent women and children.”

In France, Mr Macron is set to take on Marine Le Pen in a fortnightly second-round run-off, which pits the two most popular candidates against each other.

Mr Macron, 44, defeated Ms Le Pen by a landslide in 2017 to become France’s youngest president, but this time the contest looks very close.

If she wins, Ms. Le Pen will become the country’s first female president, while Mr. Macron’s victory will make her the first president to win a second term for 20 years.