ESPN AND STAR PLUS, Barcelona-Frankfurt LIVE | Follow the broadcast via online by Europa League 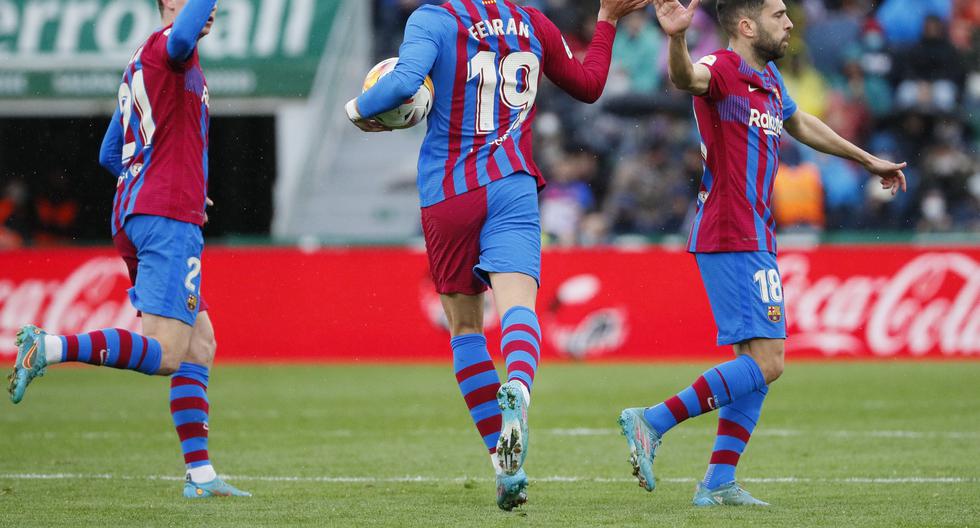 Via ESPN and STAR PLUS, Barcelona will visit the Eintracht Frankfurt for the first leg of the quarterfinals of the Europa League this Thursday, April 7 from 2:00 p.m. (Peruvian and Colombian time). Find out HERE how to watch the Free and Online match of the second highest European club tournament. Barcelona is clear that it will have to seek to beat the German club, after climbing to second position in LaLiga Santander with its victory against Sevilla (1-0) and not losing a game since last January 20, when they fell in extra time in the round of 16 of the Copa del Rey against Ahletic Club (3-2).

Thirteen games without defeat in all competitions, six consecutive victories in the League and two knockout ties won in the Europa League against Napoli and Galatasaray confirm the great moment of Xavi Hernández’s team.

VIA ESPN AND STAR PLUS, WHAT OTHER CHANNELS TRANSMIT BARCELONA VS. FRANKFURT

Now, Barça faces the European tie against Frankfurt not only as the favourite, but as the main contender to win the Europa League title. At the Deutsche Bank Park, the Barça team will try to hit the table again and achieve a result that puts the tie on track to be able to finish off their pass to the semifinals at the Camp Nou.

For its part, Eintracht Frankfurt arrives at the duel against Barcelona after having obtained a disappointing goalless draw against bottom side Fürth in the Bundesliga and with which they lost the possibility of regaining ground in their fight for European places.

For the German team, the visit of the Catalan team will be a greater challenge and also different from that of Fürth, which focused on defending the scoreboard and against which Eintracht had to take the initiative all the time.

Against Barça, the Germans will not be forced to carry the weight of the clash and will be able to exploit some of the resources that have given them success against the greats of the Bundesliga, such as counterattack and set pieces.

For this he has the wonderful left foot of Filip Kostic, whose movements down the left wing are often dangerous and his crosses and shots on goal are often poisonous.

WHERE DO BARCELONA-FRANKFURT PLAY FOR THE EUROPA LEAGUE

According to the criteria of

IT MAY INTEREST YOU