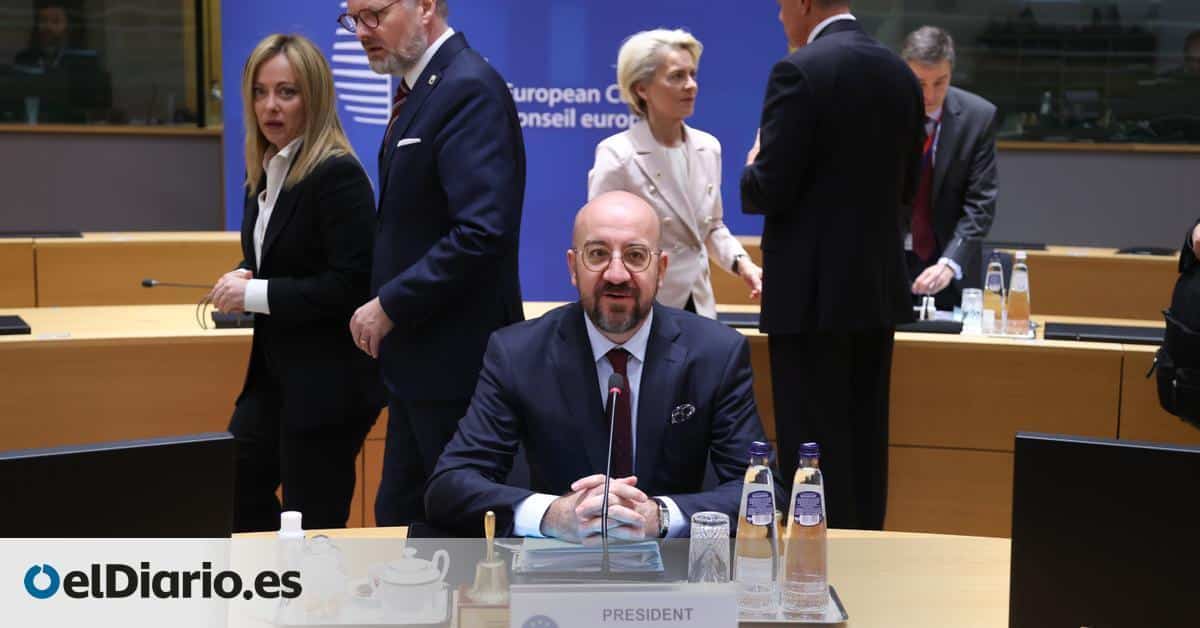 United States President Joe Biden’s decision to raise 400,000 million to protect American industry against inflation has set off alarm bells in the European Union. The 27 fear the protectionist plan will hit key sectors of the European economy and are preparing for a trade war with the US. For this reason, at the last meeting of the year, European leaders have asked the European Commission to introduce in January tools that according to diplomatic sources could serve as an incentive at national and community level to improve investment conditions. Can collect more equipment. The idea is that the EU government presents a proposal at the beginning of the year to boost competitiveness and productivity.

The EU is preparing for a new trade war with the US for 400,000 million aid against inflation

“The European Council underlines the importance of safeguarding Europe’s economic, industrial and technological base and preserving a level-playing field globally. This is particularly important in the current global context of an ambitious European industrial policy to green and Underlines the importance of adapting to digital transformations and reducing strategic dependencies, especially in the most vulnerable sectors.

Protecting the single market and strengthening coordination to deliver a firm and agile response to the economy’s progress are some of the objectives adopted by EU leaders in the face of the uncertain outlook left by Biden’s plans. “The EU faces long-term challenges, in particular the gap in innovation with its potential competitors”, concludes 27, which tasked the Commission with a strategy to improve competitiveness and productivity from early 2023 .

In the background, EU leaders challenged the President of the European Commission, Ursula von der Leyen, in recent days defending her before the European Parliament and in a letter sent to the presidents of the 27. To take additional measures in the short and medium term. “We need to deliver our response, our European inflation reduction legislation,” he told MEPs.

The Community government’s first intention is to adopt European rules to facilitate public investment in the green transition, but it also commits to review the mechanisms employed so far with the aim of speeding up these changes.

“REPowerEU is our tool,” added von der Leyen in his speech to the European Parliament in reference to a plan put in place to deal with the energy crisis left by the war in Ukraine. Indeed, the European Parliament and the European Council agreed on Wednesday to allocate an additional 20,000 million euros from Russia to green policies to reduce dependence on fossil energy. But the commission president acknowledged that boosting the plan is necessary in the face of a new industrial policy being drawn up by the Biden administration, with European diplomacy claiming to be working to limit the impact of its new regulation on the continent. Does ,

In a letter sent to the leaders of the 27, the President of the European Commission reiterated this view and the need to provide a structural solution to the industry based on clean energy. “Our ambition is to be a leader in the green transition and to do this, our European industrial policy needs common European funding. That is why I have introduced the idea of ​​setting up a European Sovereign Fund,” von der Leyen said in that letter. .

The position of community government undertakes a new debate within 27. The main discussion is whether the plans should make existing schemes more flexible or inject new funds, according to diplomatic sources. Germany is skeptical of the Commission’s plans in terms of issuing new loans, as was the case during the pandemic.

In Spain’s case, government sources tell us we will have to wait and see how the debate develops, but they defend that the first step would be to make the plans that are already in place more flexible so that the money can be used. Flow should be easy.

27 is intended to reduce reliance on third parties in strategic sectors. Those are the duties the 27 leaders have assigned to the Community government for next year and the European Commission imposed on itself following Biden’s decision to increase protections for US industry.

Smitten pensioner breaks girlfriend, 84, out of nursing home and goes on the run