“Everything is rotten” in Saavedra: they celebrated the “last day of school” and many were hospitalized or detained 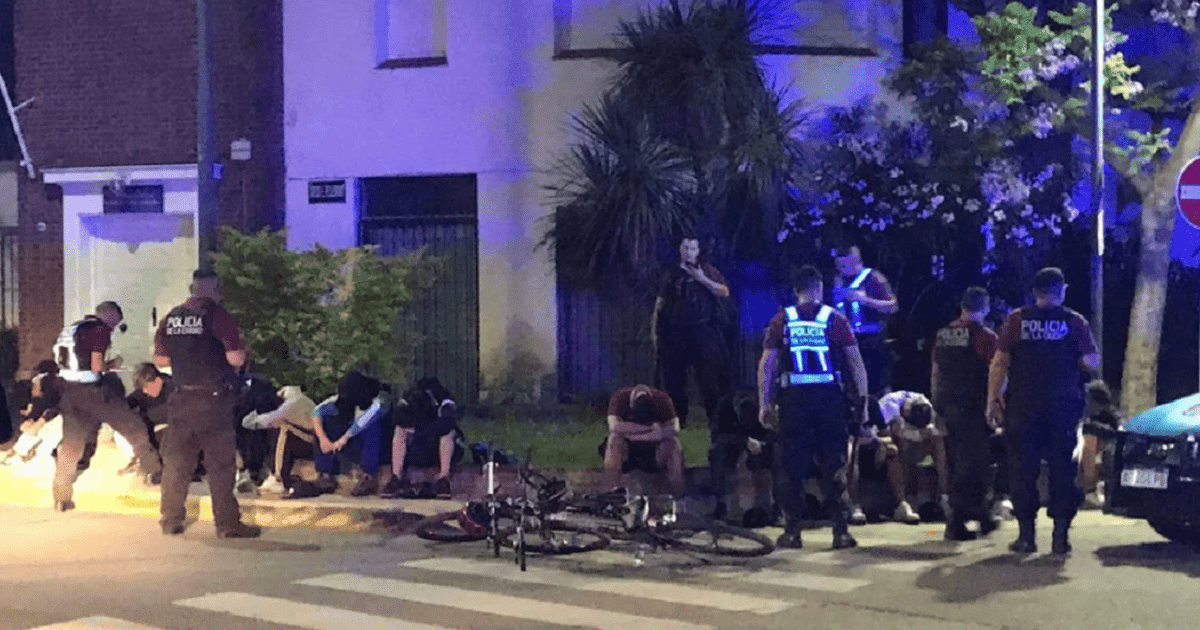 A group of teenagers acted out a violent episode in a Buenos Aires neighborhood saavedrawhen they gathered to celebrate last day of the school year, It all ended in a pitched battle in which several children were injured, some hospitalized, and others taken into custody by the Buenos Aires City Police.

The incident happened in the park on Saturday morning Father Carlos Mugicaone of the squares next to General Paz, very close Sarmiento Park,

On the spot, dozens of young people were called to celebrate the so-called “Constitution“, in reference to the last day of the school year. This is one of the customs that has become very popular among secondary students in recent years.

Thus, the residents of Cornelio Saavedra Park Neighborhood They were marred by noisy riots, which included street shouting, scuffles and bottle-banging. In addition, patrol cars that arrived a few minutes later joined in.

The concept of uncontrolled party in Saavedra

Similarly, there are different versions about the origin of the pitched battle, which led to several injuries, including some minor ones.

Although many assured that it was a struggle between all the young people who make up the factions of Platense Barra Brava, others pointed to the presence of “intrudersThat in the midst of a student festival he took the opportunity to steal.

As a result of the violent act, six teenagers involved in the party were taken into custody, who were charged with temper tantrums. Several youths were injured, and two of them minors were admitted after receiving care at the scene.

On the other hand, it is noteworthy that to celebrate the last school day of the year, students from different schools of the region gathered in the area where there is a small gastronomic and recreational center.

However, because of the incidents, the Buenos Aires police arrested six minors aged 12, 15, 16 and 17, all accused of theft of 10 cell phones. He was also indicted for theft under the outburst modality of two wristwatches and 10 sports caps.

Also, according to police sources, around a service station near the Pioneros de la Antártida park, in front of Tecnópolis, they found several people throwing bottles.