Evo Morales: “OAS is no longer useful, as it is a tool of the United States only” 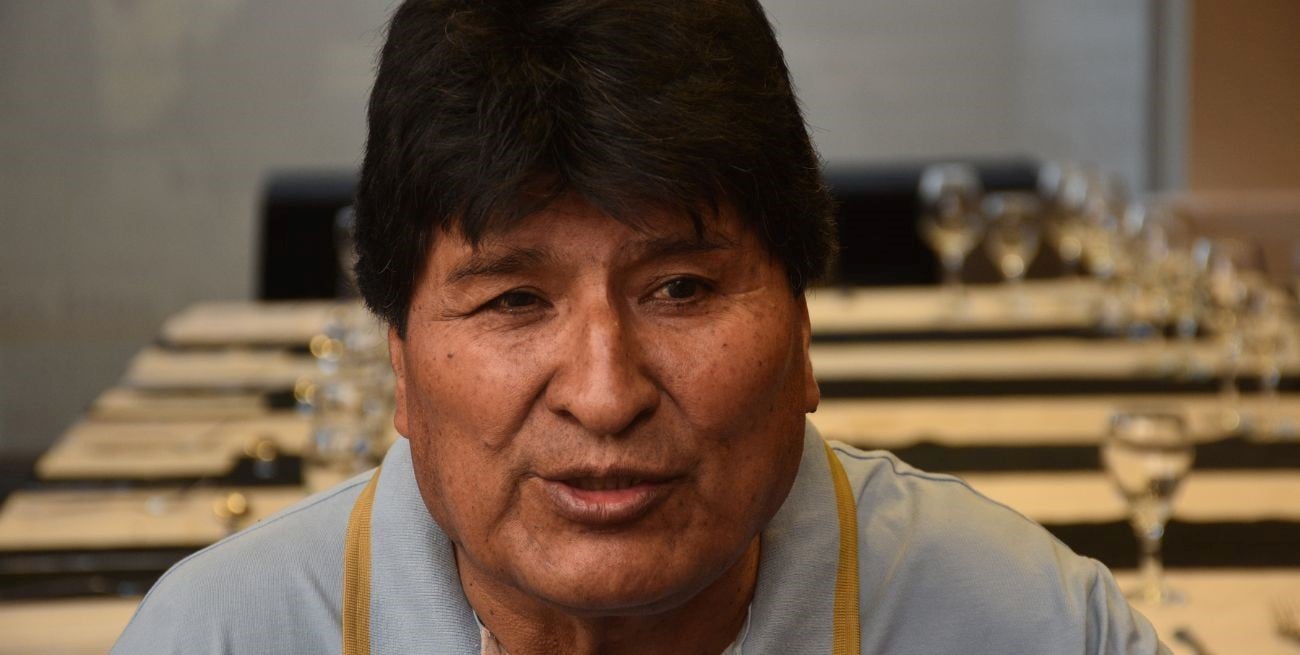 El Littoral’s interview with Evo Morales takes place in the lobby of the hotel, after three postponements and a limited time frame. Both circumstances are the product of a tight schedule and the difficulty of keeping pace with the former President of Bolivia’s three days of stay in Santa Fe.

“Are you the one who was going to interview me yesterday?” Morales is at risk after the required introduction. And then, by way of explanation, he gives an account of the series of activities that, with provincial deputy Leandro Busato, specifically detailing the original call, which was to be exhibited at the National and Popular Book Fair, where He ended up sharing a table with the nation’s president, Alberto Fernandez.

“The truth is that I have been entertained, there were about 8 or 9 interesting meetings that Leandro and his team have organized for us. I show affection, respect, and even love for the economic policies implemented over the 14 years. I am surprised by that praise,” he maintains.

See alsoAlberto Fernandez with Evo Morales in Santa Fe: “You can control what people think”

And then, perhaps a little jokingly and a little seriously, he adds: “They love me more outside of Bolivia than in Bolivia. Of course, people know to recognize that. So I have a lot of invitations. This month I have four: Argentina, Colombia, Ecuador and Peru, and Russia in December, Europe does not have enough time, and always sharing public management with brothers and sisters even in other conflicts, because social conflict is a matter of the Bolivian state .

– This isn’t the first time you’ve come to Santa Fe, but it’s one in which you become more involved in tours and meetings…

– This is the second visit to Santa Fe. Leandro and his team have held meetings with the private sector. I am amazed by the development of biodiesel. We visited a small bioenergy company. good experience Because that’s the problem with Bolivia, where we get a lot of subsidies in liquid fuel. So I wanted to know, to see how with biodiesel, Bolivia can reduce subsidies, create jobs and create more economic movement. I am going to share this little experience with soy growers and we hope some expert technician can go to Bolivia with me. Because these are also things that allow us to think of the great homeland, and not fall into economic dependence.

“Things like biodiesel allow us to think of the Great Homeland, and not fall into economic dependence.” credit: Mauricio Garin

All this appears to be in line with his political future plans, after which he had to step down in 2019.

– Yes. They’ve already asked me if I’m going to be president, and I say yes: to the Bolivian Football Federation (he laughs). I love sports and I support clubs in my area. As far as the political issue is concerned, with just a year before the election (NDR: Luis Arce’s mandate, from his same party, ends in 2025), we’re going to have an in-depth debate. . Laying the Foundations: What Requirements the Future President Must Presently Meet. Anything can happen: there are three years left for elections, two years for candidates to be discussed. And then we will see with social movements. If there are two or three candidates, internal; With all due respect to whoever wins them. But we’re going to try to reach a consensus, and we have only one candidate. Because internals always bring some friction, some problems, and it’s better not to come to that.

It doesn’t depend on me, it depends on the people. As political experts and various personalities have told me: “Evo, your life no longer depends on you, it depends on the people.” And it is so. In my experience, in both union and political certification, one doesn’t look for the position, the position finds you. And it is defined by the people. I have no personal concerns, but I have an obligation to look after our political movement. MAS created a lot of history, it is the biggest political project in the history of Bolivia. It is an obligation to look after it, so that it grows strong, and it remains a hope for the Bolivian people.

– At a time when your country is going through a complex crisis with census strikes, blockades and confrontations in the most productive sector.

– Yes, the group of coup conspirators, fascists, racists is still there in the old part of the city of Santa Cruz. I do not know how they are financed, to raise with salary, with per day, I do not understand. We raise without any payment, everyone contributes to the fight. But here everything is paid for, I do not know how it is financed.

– Is this an ideological issue for you?

– is that the authority does not want to recognize it when it loses. This happened to us when we won with the president of Lucho (Arce) in October 2020. Wives, children, relatives of real government officials, kneeling at the barracks door, asking for a military junta. This is what is happening in Brazil now: they are calling for a coup. These are not isolated incidents, part of United States policy, they seek to intervene in progressive, leftist or anti-imperialist governments.

– Does this also apply to Biden? Because, for example, he was one of the first to recognize Lula’s victory in Brazil.

In America, whether Republicans win or Democrats win, nothing is going to change. The interests of the empire and capitalism are the policy of the state. The most important thing is happening in Latin America, especially in South America. President Obama, Trump organized the Lima Group with former presidents of Argentina, Peru, Chile, Colombia, Mexico. Now we wonder what the Lima group was for: to overthrow (Nicolas) Maduro in Venezuela. That’s why I say there is a democratic rebellion now, to say ‘simply’ that they don’t come to trouble us. That they could not speak of Latin America as a “neighborhood” of America, as did that country’s Southern Command. But there is an important point in that statement: he said ‘we are concerned about lithium’. America does not want us to add value to our resources, as is the case with lithium. It would be better if we were not an industrialized state. This is our tough fight with America

– At that time, a strong geopolitical axis arose with you, Kirchners in Venezuela, Chavez, Korea in Ecuador, Lula in Brazil, rejection of FTAA (Free Trade Agreement with America). What do you read about the current map of South America?

– I have great hope that next year we will win in Paraguay. Already at Lula’s head, what is to come is the reincarnation of Unasura, a unification organization. Strengthen Mercosur, I hope Venezuela will return, and we want to enter legally. and strengthen the CELAC (Community of Latin American and Caribbean States) as another integration center, which is another OAS, but without the US. I believe that the OAS (N. de la R.: whose report questions the electoral process in Bolivia, was the basis for the resignation of the then president in 2019) is an instrument of the North American Empire. And before, when they expelled Cuba, it was scary to be expelled from the OAS. It is an honor to retire now. There are countries that do this; I would have done it, had it not been for a coup, as Venezuela and Nicaragua did. The OAS is of no use to us, it is another example of interventionism, only that it is not armed or in uniform. But this is it: a great tool of the North American Empire. Why I say this: Because election results in different countries go in a completely different direction from the policies of the US and the OAS. OAS no longer works. This is why it is important to relaunch and strengthen MERCOSUR, and especially CELAC

– You have a special relationship with Argentina, and you were living here recently. How do you see your political situation today?

I have full respect for Argentina. This was my first school as a child. As a leader, as a president, we always get along very well. And after the coup Argentina saved my life. I have many memories about Brother Alberto, Sister Christina, people as well as other presidents. If it were not for Maduro, for the President of Mexico and especially for Argentina, I do not know what would have happened to my life. So I don’t have much to comment on. And in public management it is important to talk about, respect the different concerns, share the economic model and social concerns.

Attentive to the former president’s schedule and non-verbal language, always friendly but now more urgent in the tone of his answers, the interview ends and Morales hurried to get up from his chair. But he says goodbye with another smile, promising that the next dialogue will be “in Santa Cruz.” Although he did not specify whether he intended to be the president of the nation, or of the Bolivian Football Federation.