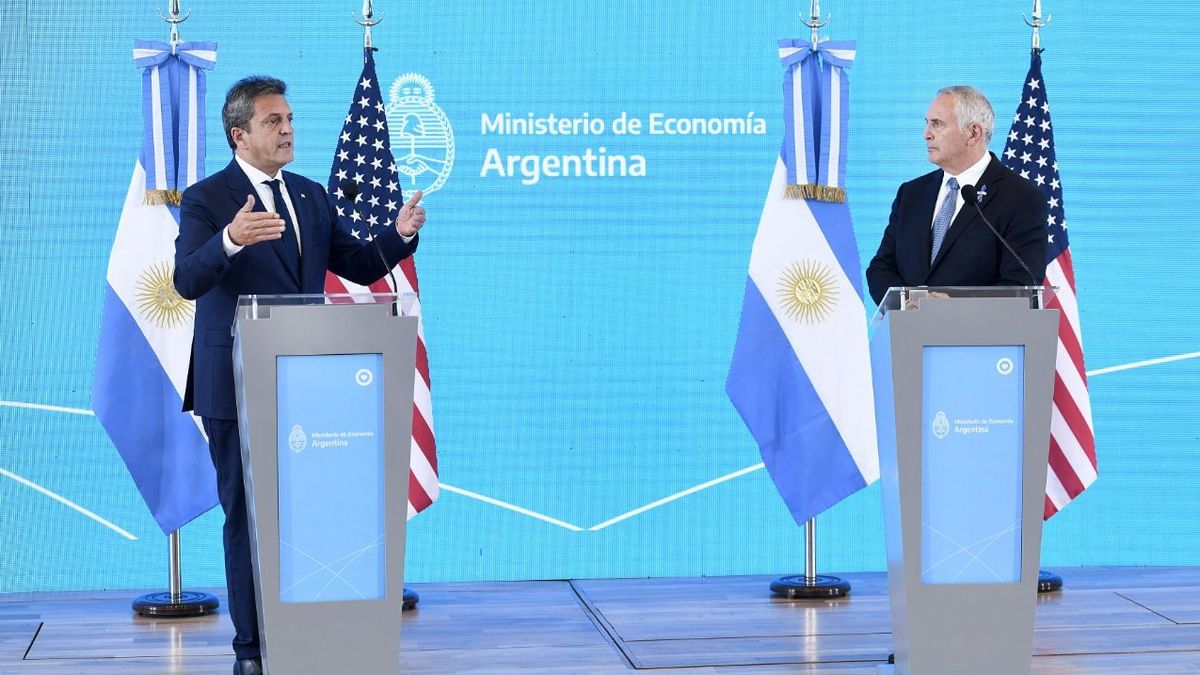 The Minister of Economy, Sergio Massa, and the United States Ambassador to Argentina, Mark Stanley, yesterday signed an Agreement on Tax Matters (TIA) for the exchange of financial information on individual accounts and beneficiaries of companies in the two countries. provides. To complement this understanding, which will come into force on January 1, the national government will send to Congress a new anti-money laundering bill to address it.

In the government he is confident that “many taxpayers with some sort of irregularity will certainly rectify their sworn statements. A priori, we estimate that Argentina has US$100,000 million in US accounts. On this total, and Based on the actions that should be taken when evasion or evasive maneuvers are detected, it has been estimated that there would be a US$1,000 million collection floor per year for this concept.

The implementation of the agreement takes place in parallel with a new anti-money laundering bill that will be debated by Congress, so that the ultimate beneficiaries of individuals or companies have the option of repatriating funds that have not been declared to Argentine tax authorities.

Massa urged taxpayers with assets abroad to “catch up” with tax authorities and to normalize their situation through new money laundering legislation to be sent to Congress for executive branch treatment. Not registered for Massa said during a meeting, “We ask those who have so far avoided their obligations to the Argentine state, the legislation that our parliament deals with, to update itself so that a well-managed state Let’s try to make it together.” Held in CCK, the Tax Information Exchange Agreement between Argentina and the United States was signed.

In this sense, he urged that the bill also “punish with full force those who, after completing the steps of the externalization process, do not launder or take out their funds abroad.”

“Today we are taking a step that took a long time for our country, but changed in an incredibly short time, after the arrival of Ambassador Stanley in Argentina,” commented the head of the Palacio de Hacienda.

Unlike other agreements signed with the United States, this time the “fundamental change” is about how information volumes work. “It is automated, with database work and based on a mechanism and a protocol, which the Efip and the IRS (US Efip) have to meet with the strictest technical, operational and confidential rigour”, indicated the head of the Palace. . Treasure.

“As I read there, we do not want to harass anyone; We are looking for something more simple, which is that the Argentine who pays his taxes is not ridiculed by the one who finds avoidance mechanisms through tax havens”, he insisted.

For his part, Ambassador Stanley assured that the agreement was “very important to the United States, as it would enable mutual information.”