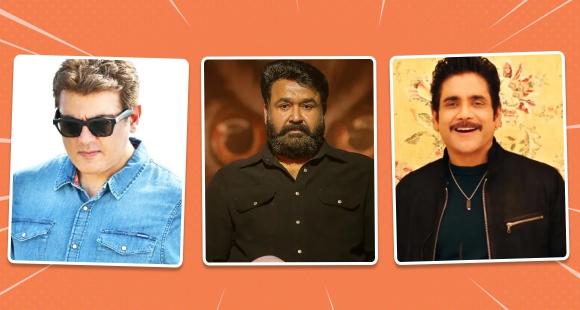 Pinkvilla was the first to reveal (January) that Ajith Kumar will start shooting for his next project with H Vinoth and Boney Kapoor from March 9. We had also informed our readers that set construction is on the way. And now, we have another interesting update on this much awaited action thriller. Our sources have exclusively informed that the makers are in the process of casting for a key character of the film.

“It’s the role of a senior police commissioner and the makers are in the conversations with multiple actors from Malayalam and Telugu industry. They want to get an actor who adds further value to the casting and stands tall in front of Ajith Kumar’s persona. The team has initiated conversations with Nagarjuna and Mohanlal for the role of commissioner, but they aren’t the only two actors being considered. Talks are on with multiple other actors from Malayalam, Telugu as also the Hindi film industry and it will be one of these who will eventually do the role,” revealed a source close to the development.

While it isn’t a full-fledged role, as the story is centered around Ajith Kumar’s character with gray shades, it’s a power-packed appearance. “The actor in question will have to shoot for about 20 to 25 days. It’s the role of a police commissioner, who appears as a worthy opponent to Ajith Kumar. We would have a clarity on who eventually bags the role in the next 15 days. Right now, as many as 5 to 6 credible actors are in the conversations, including Nagarjuna and Mohanlal from the top bracket,” the source added.

The source also reveals that the makers are in the process of casting the female lead of AK 61. “The conversations are on with Aditi Rao Hydari,” the source keeps it short, quick to inform that she is one among the four actresses that are in the talks for this heist based action thriller. The shoot will be done over a period of 6 months starting from March 9 – which includes a blend of on set and real locations. It will be focussing on a Pongal 2023 release. “Ajith Kumar fans won’t have to wait long for the arrival of their superstar. It going to be a gap of less than a year between Valimai and AK 61,” the source promised.

Meanwhile, Valimai is confirmed for a theatrical release on February 24. The movie will release in Tamil, Telugu, Hindi, Kannada and Malayalam. An official announcement on the release of Valimai is on the way soon. Stay tuned to Pinkvilla for more updates.