Explainer: Can monkeypox be prevented from spreading? 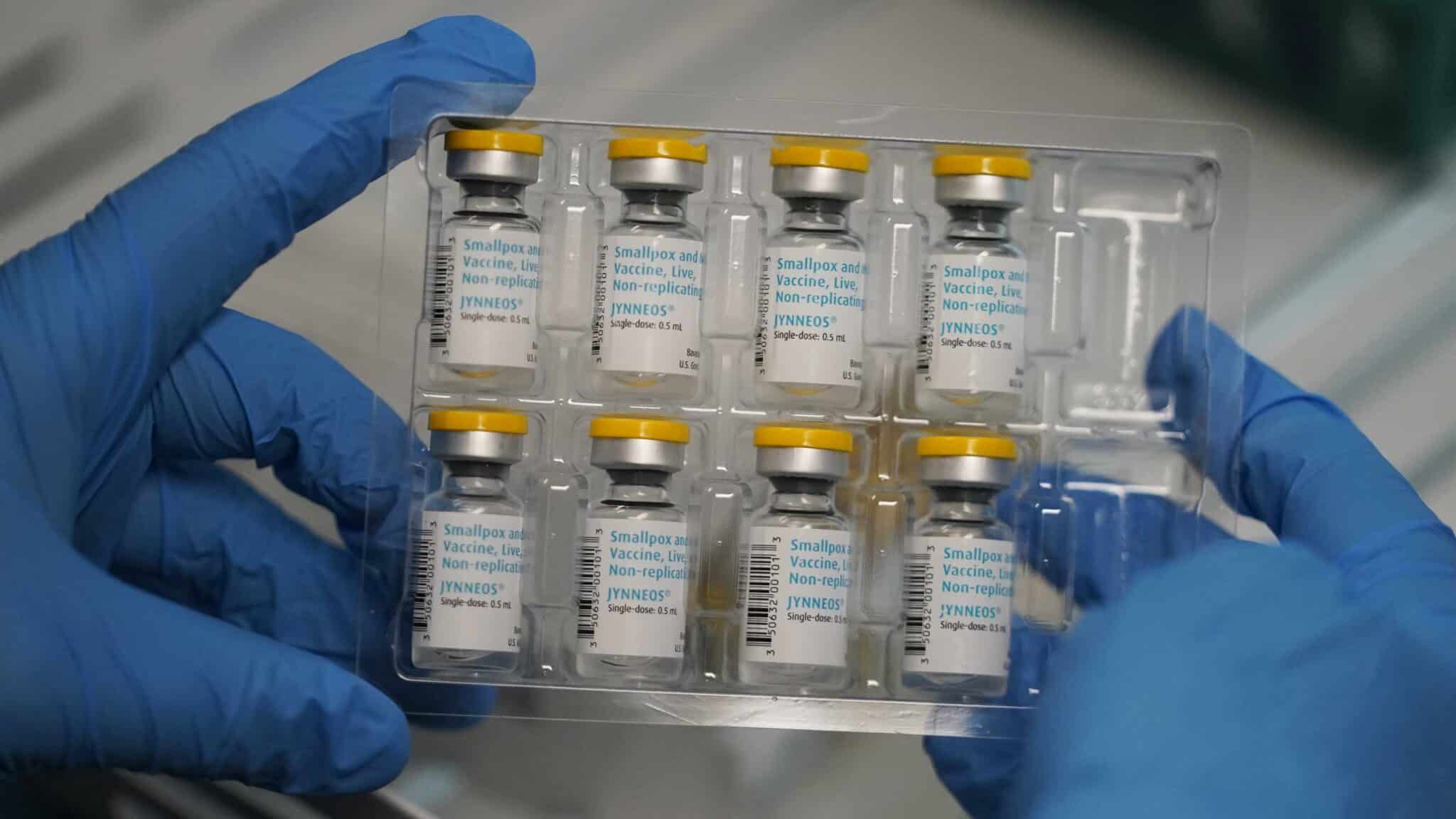 LONDON ( Associated Press) – Since May, more than 31,000 cases of monkeypox have been reported in nearly 90 countries.

Outside Africa, 98% of cases occur in men who have sex with men. With limited global supply of vaccinesBefore it establishes itself as a new disease, officials are rushing to stop monkeypox.

Can monkeypox be controlled?

Theoretically, yes. The virus does not spread easily and has a vaccine. But now there are only about 16 million doses available and only one company makes the shot.

Except in Africa, there is no sign of continued transmission of monkeypox beyond men who have sex with men, meaning that stopping the spread among that group could effectively end the outbreak. Last week, British scientists said there were “early signs” Monkeypox cases in Britain – once the world’s largest outbreak Outside Africa – was at the peak.

Is this another pandemic?

No, pandemic means that an outbreak of a disease has spread all over the world. Monkeypox does not transmit as quickly as the coronavirus and would not require dramatic interventions such as the COVID-19 lockdown to stop it.

WHO Director-General Tedros Adhanom Ghebreyesus said he declared monkeypox an emergency to prompt countries to take the pandemic seriously, adding that there is still an opportunity to stop the disease before it becomes a global problem.

How does it spread?

monkeypox spread Skin-to-skin or skin-to-mouth contact is usually required with the wounds of the infected patient. People can also become infected by coming into contact with clothing or sheets of a person with monkeypox wounds.

It can also be spread through contact with respiratory droplets.But scientists are still trying to figure out how often this happens. British health officials say they have not confirmed any instances of air transmission.

Who is getting infected?

A large percentage of cases have been in gay and bisexual men. Early outbreaks in Europe and North America were likely caused by sex in two waves in Spain and Belgium.

According to the US Centers for Disease Control and Prevention, 99% of monkeypox cases in the US are male. Of those, 94% reported having sexual contact with other men in the three weeks before they developed symptoms.

Who is getting the vaccination?

With supplies limited, health officials are not recommending mass vaccination. They are suggesting shots for health workers, people who have been in close contact with an infected person, and men at high risk of getting monkeypox.

Officials are also trying to increase the supply of vaccines, Genios. For this two doses are required, but in many places only one dose is given.

US health officials on Tuesday authorized a new strategy This would allow healthcare professionals to vaccinate up to five people – instead of one – with each vial. The approach uses only a fraction of the usual amount of vaccine and administers it with an injection under the skin rather than into deep tissue. Recipients will still get two shots a month separately.

What else can I do to reduce my risk?

WHO’s Tedros recommended that men who are at risk of getting monkeypox consider making “safe choices” and reducing their sexual partners. “for the moment.”

Britain’s Health Protection Agency has advised people to test themselves for monkeypox lesions before having sex or attending any social event, noting that most cases in the country originate at festivals, saunas and other places. Where sex has happened. Anyone with monkeypox lesions should be isolated until they have fully healed, which can take up to three weeks.

What is the relation with Africa?

Monkeypox has been endemic for decades in parts of Central and West AfricaWhere most people have become ill from contact with infected wild animals such as rodents and squirrels. The acting director of Africa’s top public health agency said last week that sex between gay and bisexual men was “not relevant”. Outbreaks of the continent, with about 40% of cases in women.

Scientists believe that monkeypox outbreaks in Europe and North America began long before the disease spread to Africa. Case samples in Europe show dozens of mutations, suggesting that the initial virus was spreading silently for months or years before the current pandemics were detected.

The version of monkeypox that has spread in Europe and North America has a lower mortality rate than the one that spread in Africa. Countries that did not see many cases of monkeypox before this outbreak have seen a handful of deaths, while Africa has had at least 100 suspected deaths this year.

Who is at higher risk for serious illness?

Most people infected with monkeypox recover without treatment, but it can cause more severe symptoms such as brain swelling and, in rare cases, death.

Monkeypox can be serious in children, pregnant women, and people with underlying health conditions such as cancer, tuberculosis or HIV. In the US, the CDC says that about 40% of people with monkeypox also have HIV.

The longer the current outbreak continues, the more likely the virus will spread to other communities, just as HIV was first observed among gay men before becoming more widely established.

Dr. Paul Hunter, Professor of Medicine at the University of Medicine, UK, said: “There is some crossover between the sexual networks of gay and bisexual men and the networks of heterosexual people with high sexual activity, so it is possible that we may be seeing monkeypox more widely. to see from.” East Anglia. “If that happens, we could have a huge problem.”