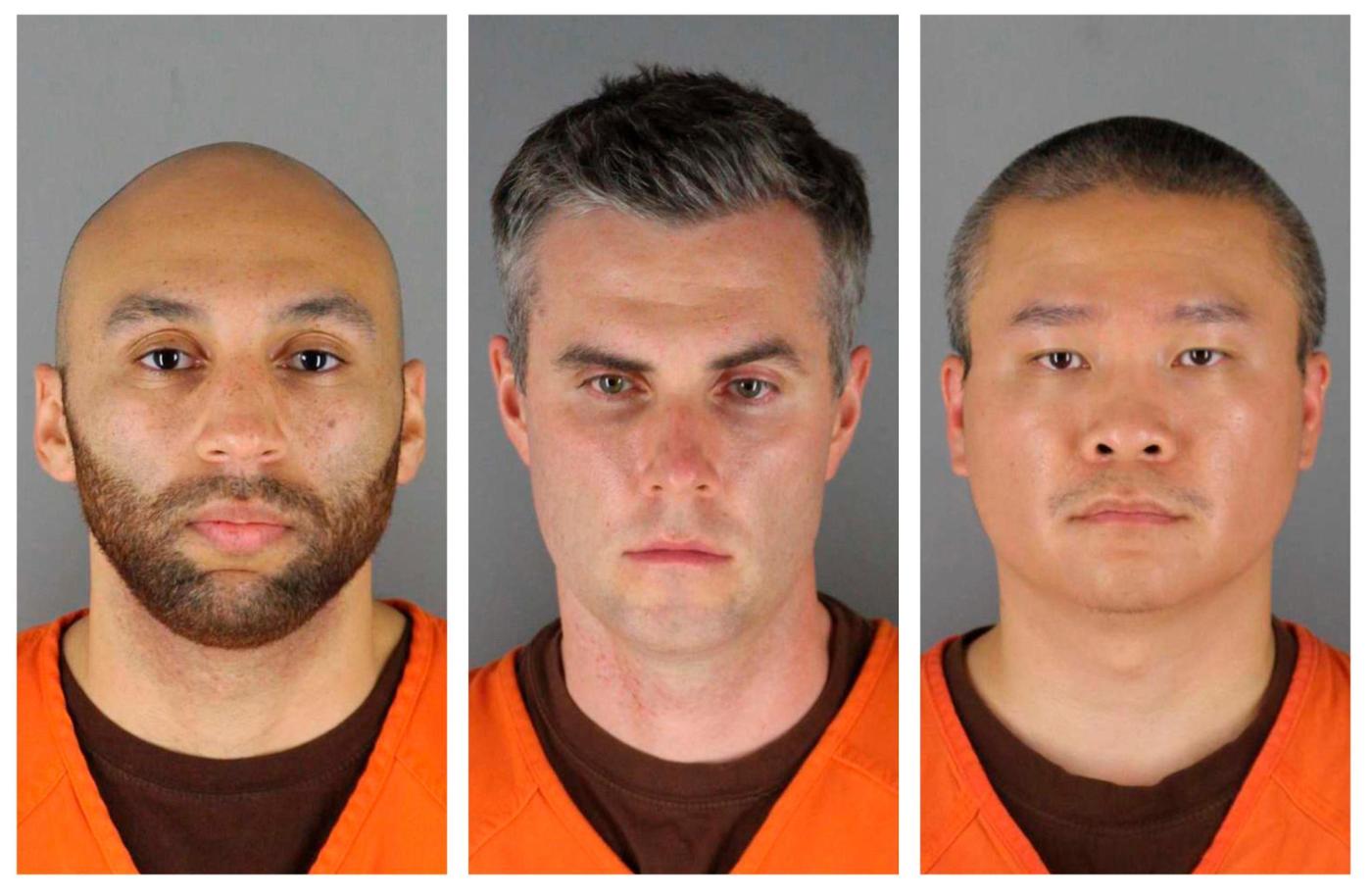 MINNEAPOLIS (AP) – Three former officers who were with Derek Chauvin during the arrest that led to George Floyd’s killing are on trial on charges they violated the Black man’s civil rights. In opening statements Monday, a prosecutor accused J. Kueng, Thomas Lane and Tou Thao of standing by as Chauvin “slowly killed George Floyd right in front of them.”

One defense attorney countered that Chauvin, the senior officer, called the shots that day.

Floyd, 46, died on May 20, 2020, after Chauvin placed his knee on Floyd’s neck and pinned him to the street for 9 1/2 minutes as he was facedown and gasping for air. Kueng knelt on Floyd’s back and Lane held down Floyd’s legs. Thao kept bystanders from intervening.

Kueng, Lane and Thao are broadly accused of willfully depriving Floyd of his constitutional rights while acting under “color of law,” or government authority. Chauvin pleaded guilty to one count of violating Floyd’s civil rights and is not on trial with his former colleagues.

Thao and Kueng are charged with willfully violating Floyd’s right to be free from unreasonable seizure by not intervening to stop Chauvin. The indictment says they knew what Chauvin was doing and that Floyd was handcuffed, unresisting and eventually unresponsive. It’s not clear why Lane, who held Floyd’s legs, is not mentioned in that count, but evidence shows he asked twice whether Floyd should be rolled on his side.

Kueng, Lane and Thao are all charged with willfully depriving Floyd of his liberty without due process, specifically depriving him of the right to be free from an officer’s deliberate indifference to his medical needs. The indictment says the three men saw Floyd needed medical care and willfully failed to aid him.

Both counts allege the officers’ actions resulted in Floyd’s death.

HOW IS IT DIFFERENT FROM THE STATE CASE?

The three officers are also charged in state court with aiding and abetting both murder and manslaughter.

State prosecutors must prove the officers helped Chauvin commit murder or manslaughter, while federal prosecutors must show they violated Floyd’s rights, essentially by failing to intervene or provide medical help.

The state trial is scheduled to begin June 13.

To bring federal charges in deaths involving police, prosecutors must believe that an officer acted under the “color of law,” or government authority, and willfully deprive someone of their constitutional rights, including the right to be free from unreasonable seizures or the use of unreasonable force. That’s a high legal standard; an accident, bad judgment or simple negligence on the officer’s part isn’t enough to support federal charges.

Essentially, prosecutors must prove that the officers knew what they were doing was wrong but did it anyway.

Historically, federal charges have been brought after a state case was unsuccessful, Phil Turner, another former federal prosecutor, said. He pointed to the 1991 police beating of Rodney King as an example. After the Los Angeles officers were acquitted in state court, federal charges were brought “because the state system failed and it was obvious to everyone that it was a miscarriage of justice,” Turner said. Two of the four officers were ultimately convicted in federal court.

Most of the high-profile fatal shootings by police in recent years have not resulted in federal charges, though activists have called for them. An exception is the case of Michael Slager, a white South Carolina police officer who fatally shot Walter Scott in the back as the unarmed, 50-year-old Black man ran from a 2015 traffic stop.

Over the last 20 years, several corrections officers have been convicted of violating the civil rights of inmates who have died after they were denied medical care – sometimes after an assault. The allegation involving deprivation of medical care is similar to the count of all three former Minneapolis officers face in Floyd’s killing.

WHAT SENTENCE COULD THEY FACE?

Federal civil rights violations that result in death are punishable by up to life in prison or even death, but those sentences are extremely rare. Federal sentencing guidelines rely on complicated formulas that indicate the officers would get much less if convicted.

Find AP’s full coverage of the killing of George Floyd at: https://apnews.com/hub/death-of-george-floyd