Fake terrorist actions against Cuba by the US exposed 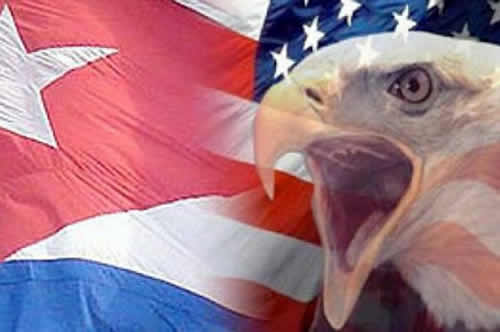 Havana, 24 September. Terrorist actions against Cuban institutions from abroad continue to this day, with the aim of undermining civil security and peace and destroying the revolutionary process on the island.

A report broadcast on national television this Friday accounted for attacks with the use of the Molotov cocktail, recently executed against the Court of the Municipality of Centro Habana and the provincial headquarters of the Committees for the Defense of the Revolution (CDR). it was done. Capital..

Citizen Lázaro García, the physical writer in both incidents, once captured, admitted that he contacted residents of the United States, Willie González and Alfredo González, via social networks, who told him to commit acts of vandalism against several facilities. instructed to do.

García revealed in television reports that his sponsors asked the United States to decide where to conduct the attacks, and the associated payment for them, after “intelligence work” reflected in the photographs after his proposals to attack the sites. which he had sent them.

They also planned propaganda, ransacking power transmission towers in Havana, and attacks against photovoltaic parks in the provinces of Camaguey and around Santiago de Cuba and Holguín.

According to televised reports, names such as Willy Gonzalez, Manuel Milanes, Amizel Sanchez, all Cuban residents of the United States, are constantly repeated during the investigation.