Fall in Miami: More than 200 people queue since morning to get driver’s license 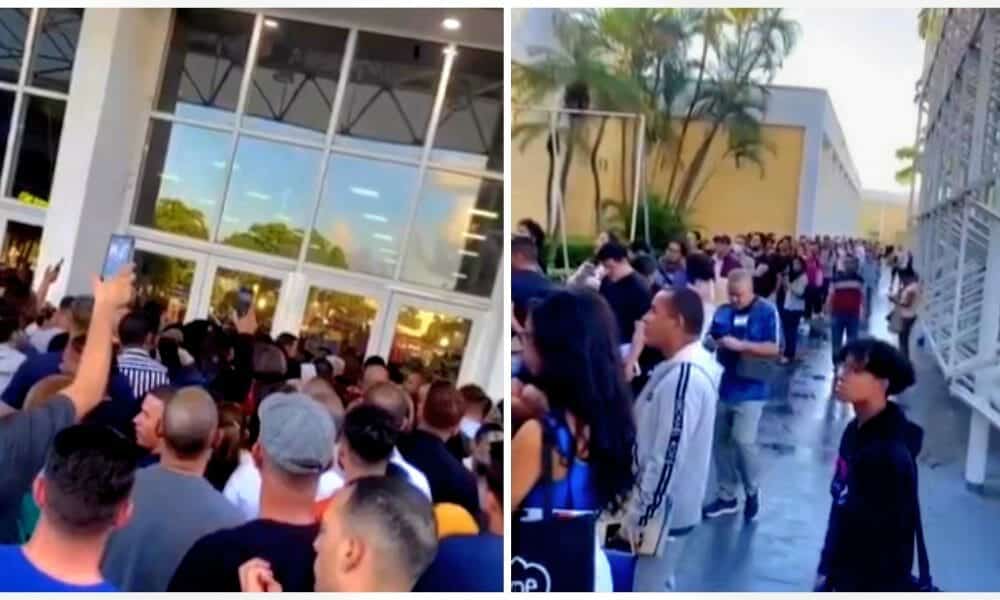 Citizen journalism media outlet “Only in Dad,” which has more than 900,000 followers on Instagram, went viral this week with videos of offices collapsing in Miami to apply for a driver’s license, which is required in the United States. The situation in these processes is chaotic in view of the arrival of thousands of migrants.

“DMV lines look like palmetto traffic, 4 a.m. with over 200 people waiting for the DMV to open at 8 a.m.,” it reads on Instagram of this medium. In video images, hundreds of people are seen standing in line or scattered around this transit office in South Florida.

According to the independent page “Cuba en Miami”, these images belong to the licensing office at the Mall of the Americas located at 7795 W Flagler St., Miami, FL 33144. They say most of the newcomers are Cubans, who have collapsed services. Even some licensing offices are no longer accepting walk-ins.

The DMV’s official page in Florida acknowledges that “the Miami-Dade area is known for its extremely busy local DMV offices”. They caution that “before attempting to contact them in person, use the Florida DMV’s online system”. Florida DMV has automated many processes, so that in most cases, you don’t need to go to a physical office.

There are several DMV offices in the Miami area, including Coral Gables, Florida City, Hialeah, Miami, North Miami and Opa Locka. Many of these offices are open from 7:30 am to 6 pm.

A month ago, the South Florida newspaper Las Americas reported that many people who have tried to obtain or renew a driver’s license complain about delays in procedures in Miami-Dade. Many report that the wait is longer than three months.

In a “crooked river”, few people in Miami are doing business with these delays. So said an “instructor” for the said newspaper.

“If you pay $120, I’ll give you a personal service. I’ll enroll you in a traffic school, place your appointment, and take you for exams. No appointments for the next three months. But, I I can solve one for you first”, accurate.