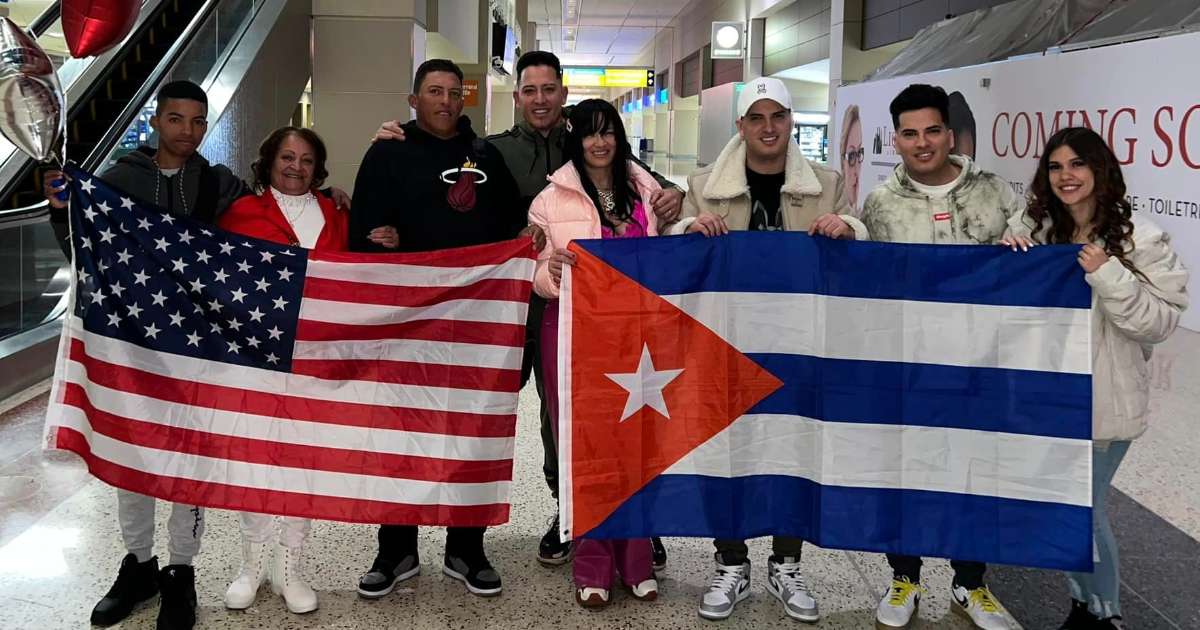 A Cuban father and his teenage son, who came to the United States by raft, are reunited with their families in Las Vegas.

Yoel Gonzalez and his son Nasir arrived in the famed gambling city on Monday, after five days at sea and seven in Miami.

Father and son left Cuba on November 24 off Guanabo Beach, east of Havana. Bad weather and the proximity of sharks during the sea voyage left him with a very scary moment and he suffered from dehydration.

“Perhaps many people say to me: ‘What kind of father are you who exposes your minor child to be eaten by a shark, or to be carried away by a storm, or to be drowned?’ But honestly, I always think positive, and I think about a new life for him, for me, for my family, because honestly, Cuba is nothing.”

Despite all the work, sacrifices and pain, this Cuban father assured that if he had to go through the same thing again to reach the United States, he would do it again without hesitation.

“Here I begin a new life,” he insisted.

Joel’s brother-in-law recalled the agony suffered by the entire family from the moment they found out they had thrown themselves into the ocean until it was confirmed they were alive and safe in Miami.

“We spent all those days without being able to sleep and looking like a needle in a haystack that would give us relief that they were alive and we couldn’t find them, but we never lost hope. Those six days were total agony. We didn’t stop praying and thanking God, it was a miracle they appeared safe and sound,” he said on his Facebook wall.

Cadaniels Daniels lamented that the Cuban people should try to die rather than live a lifetime under a regime that oppresses their people.

“To what extent a father’s desperation can go to save a son from Cuba’s unjust life. (…) This is just a sample of the harsh reality and strength that we Cubans have in the face of despair . And the pain we are suffering is because of a government that does not care about its citizens. And it is not capable of finding solutions with its own resources and lifting that fertile land with its own hands,” he stressed. Told.

The Story of the “Justiciera Mother”: She Finds Her Daughter’s Rapist and Sets Him on Fire

Baltimore is not among the 16 cities hosting the 2026 World Cup in the United States, Canada and Mexico

Twitter’s Edit button can store a history of edited Tweets