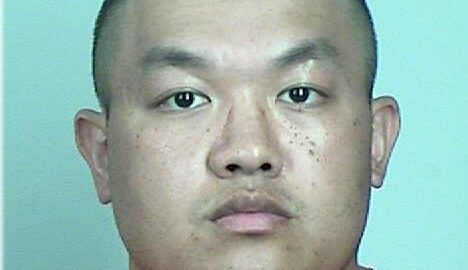 A man from St. Paul had a wide reach when he sexually abused hundreds of girls.

They have been found in all 50 states, Puerto Rico and 10 countries, and “we believe there are more victims,” ​​said Supervisory Special Agent Brenda Bourne of the FBI’s Minneapolis Field Office on Wednesday.

Yu Wang, 31, pleaded guilty in federal court on June 2 and remained in custody. He was accused of exploiting more than 500 girls on several social media and chat platforms.

Bourne, who oversees the FBI Child Exploitation and Human Trafficking Task Force, said Wang created about 75 online accounts in which he portrayed himself as a minor and investigators found that he communicated with more than 1,000 accounts. Had been.

With more than 500 victims already identified, the FBI is trying to determine whether those linked to the remaining accounts were victims, acquaintances, or had fleeting conversations with Wang.

Authorities announced on May 25 that they were searching for Wang’s other victims and that about 30 potential victims had come forward, according to Bourne.

Wang’s exploitation began in early 2015 and continued until approximately September 30, 2020. According to the FBI, he used images of real girls, posing as them, to encourage other minors to create and send pornography to them.

Bourne said that when a victim contacted her local police department in Ohio, officers were alerted to Wang, and that department through its investigative process identified the suspect as possibly living in Minnesota. Police shared the information with the National Center for Missing and Exploited Children, which sent a tip to the Minnesota Internet Crimes Against Children Task Force. The FBI investigation began in 2020.

Wang was investigated extensively. To put this in context, a Carver County man who was a substitute teacher hunted down 42 people, including at least 23 minors, and was sentenced to 40 years in federal prison in April.

Wang was charged on May 24 with felony information, a process by which a defendant agrees to waive a grand jury indictment and pleads guilty instead. In return, federal prosecutors agreed not to charge him additional charges as well as for the transportation, receipt and distribution of child pornography.

Wang’s attorney, John Arechigo, said, “We’ve known about this for a while, we’ve been working on it for a couple of years with the US Attorney’s Office.”

Prosecutors are seeking 72 years in prison. Arechigo said on Wednesday that he was in the process of a pre-sentence investigation and had not finalized the logic of his sentence.

With kids out of school for the summer and potentially spending more time on electronic devices, Bourne said it’s a good time to talk to young people about sharing sexually explicit images and videos. It’s a good time

In the Wang case, when the girls sent him pornographic photos, he threatened to tell their family or church group or athletic association if they didn’t send him more pictures.

In other cases, Bourne said she’s seeing more examples involving financial extortion — when a person persuades a person to send sexually explicit pictures, and then demands money — that could be $300 or $ 500 – and threatens to distribute the images widely if payment is not made.

“The best way to disrupt this type of criminal activity is through awareness, education,” Bourne said.

Internet safety means not sharing your name, date of birth and address, but being careful not to post photos that include the name of a youth sports federation or a school, according to Bourne.

The FBI is encouraging anyone who believes they may be a victim of Yu Wang’s crimes or have knowledge of the case to visit fbi.gov/resources/victim-services/seeking-victim-information/seeking Contact them by going to -victim-in- Yu-wang-probe.

People can report sextortion in other cases through tips.fbi.gov or 800-CALL-FBI.