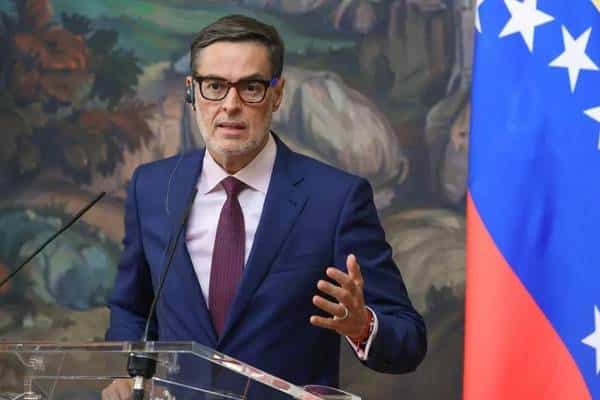 The current Venezuelan Ambassador to Colombia, Félix Plasencia, was appointed on Wednesday as the new Executive Secretary of the Bolivarian Alliance for the Peoples of Our Americas (ALBA-TCP) during the 22nd. Organization’s summit held in Havana.

Nicolas Maduro, Venezuelan President, celebrated Placencia’s appointment and highlighted on Twitter his efficiency in each task assigned: “We salute Comrade Félix Placencia, the new Secretary General of ALBA-TCP, who performed each task assigned played an impeccable role.” The Bolivarian Revolution for that, and I am sure it will continue to move forward with the aim of uniting our peoples.

At the same time, the Venezuelan head of state assured that the diplomat would pursue the objective of uniting the people, to whom he wished them success in their new responsibilities. Placencia replaces Sacha Lorenti, who held the position since December 2020. Similarly, Lorenti congratulated the Venezuelan diplomat on his appointment as executive secretary of the regional organization, Telesur reported.

« My best wishes to colleague and friend @plasenciafelixr on his appointment as Executive Secretary of @ALBATCP. I know of your immense potential and commitment to the principles of our alliance. I wish you the greatest of successes and I place myself at your disposal,” Sacha Llorenti said on his Twitter account. Last September, after the reestablishment of relations between the two countries, Placencia was appointed Venezuelan ambassador to Colombia. was appointed as

Placencia was also his country’s Chancellor between 2021 and 2022, and held the positions of Deputy Minister for Multilateral Affairs at the Ministry of Foreign Affairs, as well as Deputy Head of Asia, the Middle East and Oceania. He was also in charge of the tourism and foreign trade departments.

The surprising phrase of the Queen of Spain to the ambassador to the United States: “Give me your hand like a man”