Fernandez affirms that “he does not want a bipolar world” and that all investments are “welcome”. 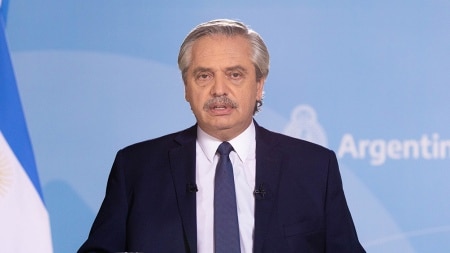 President Alberto Fernandez affirmed that he does not believe in or want a “bipolar world” and that investments are “welcome” to Argentina, whether they come from “China, the United States or Europe”.

“China has given us a lot of support in recent years with public works as well as financially, but If there is help from Europe or the United States, it will be welcomed like Chinese investment.” insisted the President of Argentina.

“It’s not that we have a preference for China or the United States. If there’s anything I don’t believe in, it’s a bipolar world. The Southern Hemisphere is suffering from the Cold War. I don’t want another bipolar world.” ,” he insisted.

He also assured that “There’s all this speculation about China setting up a military base in Ushuaia, Tierra del Fuego, All of that doesn’t exist. Neither the Chinese, nor the (North) American, nor the French can be bases. We are a sovereign country.”

China Turns to US for Soybeans as South American Crop Falters