Fight against climate change | “You have to be responsible”, Nadeau-Dubois’s answer to Legault 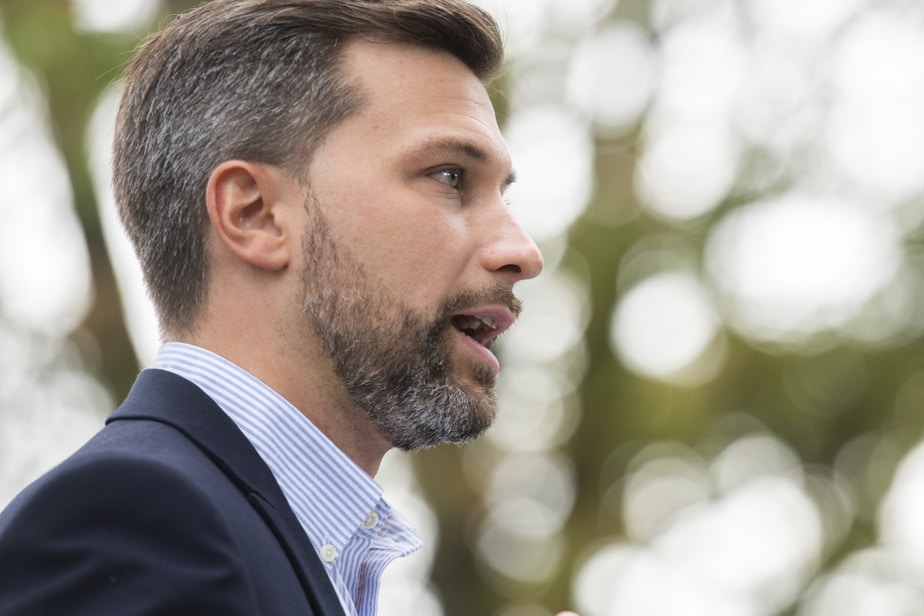 (Gatineau) François Legault accused Quebec Solider of exploding Quebec’s debt with its climate plan, adding that “we must be realistic” in the fight against climate change. Later, Gabriel Nadeau-Dubois replied that this is a lie and that being responsible in 2022 means succeeding in the climate challenge. It promises a balanced financial framework.

In his plan presented on Sunday, the QS parliamentary leader revealed that his party will fund its climate plan with program spending of 7 billion in the first term and capital expenditure of 74 billion by 2030, mainly in public transport, Which includes 29 billion. A first term. Mr Nadeau-Dubois’s party aims to reduce greenhouse gas (GHG) emissions by 55% in 2030, which were lower than in 1990, a higher target than the CAQ, seeking to reduce them to -37.5% .

But if Gabriel Nadeau-Dubois judges that “it is in the next 10 years that it will make or break” and that “this is the decade of last chance”, François Legault, for his part, speculates that his plan is too much for Quebec. Finance is expensive.

“When I look at Gabriel Nadeau-Dubois to take his name, and he tells us he’s going to invest 81 billion more, I remind you that Quebec’s debt is 190 billion, so he tells us It has been that he will increase Quebec’s debt by 50%,” he said in alarm on Monday. “He has to tell us where that money will come from, how much tax he is going to raise. At some point, you have to be realistic. Money does not grow on trees,” he said.

The Quebec Solidaire co-spokesperson didn’t take it. “It’s completely ridiculous. It’s wrong. It’s wrong. It’s a lie. The financial structure of Quebec Solidaire will be balanced,” Mr. Nadeau-Dubois said during a press scandal at Gatineau. He says the framework will be unveiled in the coming days, in addition to a list of polluting infrastructure projects to be removed from the Quebec infrastructure plan.

“When François Legault says that, he’s lying to Quebecers. We need a taker, not a teller of fear stories about the ecological transition in 2022. And what does it mean to take responsibility in 2022? This means mobilizing Quebecers so that we succeed in the climate challenge, not giving up like François Legault,” launched the parliamentary leader of Quebec Solidaire.

And then he went on the attack. “François Legault knows climate change as much as I know nuclear physics,” he quipped.

For the past 24 hours, Quebec Solidaire’s climate plan has been lauded by almost all climate change experts in Quebec. […] Quebecers have a choice, who to believe, Mr. Third Link, or the most trusted Quebec expert on climate change.

The parliamentary leader of Quebec Solidaire attacks the CAQ plan, a “cabbage leaf that does not allow us to achieve half of our already small objective”.

Will the goal be accomplished?

During its first mandate, the CAQ introduced a plan for a green economy that identified half of efforts to be made to achieve the GHG reduction target of 37.5% by 2030.

In a press scandal on Monday, François Legault recalled that most GHGs in Quebec are produced by transportation and industries. At the corporate level, he said, “we are working on green steel, green aluminum, green hydrogen, battery sector.”

But “that’s not all for tomorrow morning. Must be realistic! “, requested Chief Caquist. “There are a lot of technologies that do not exist today, but will exist in a few years,” he promised.

François Legault should give an important speech this week on the topic of the environment. It is one of the five issues that will mark a possible second term of the CAQ, promised by the CAQ leader at the start of the campaign.