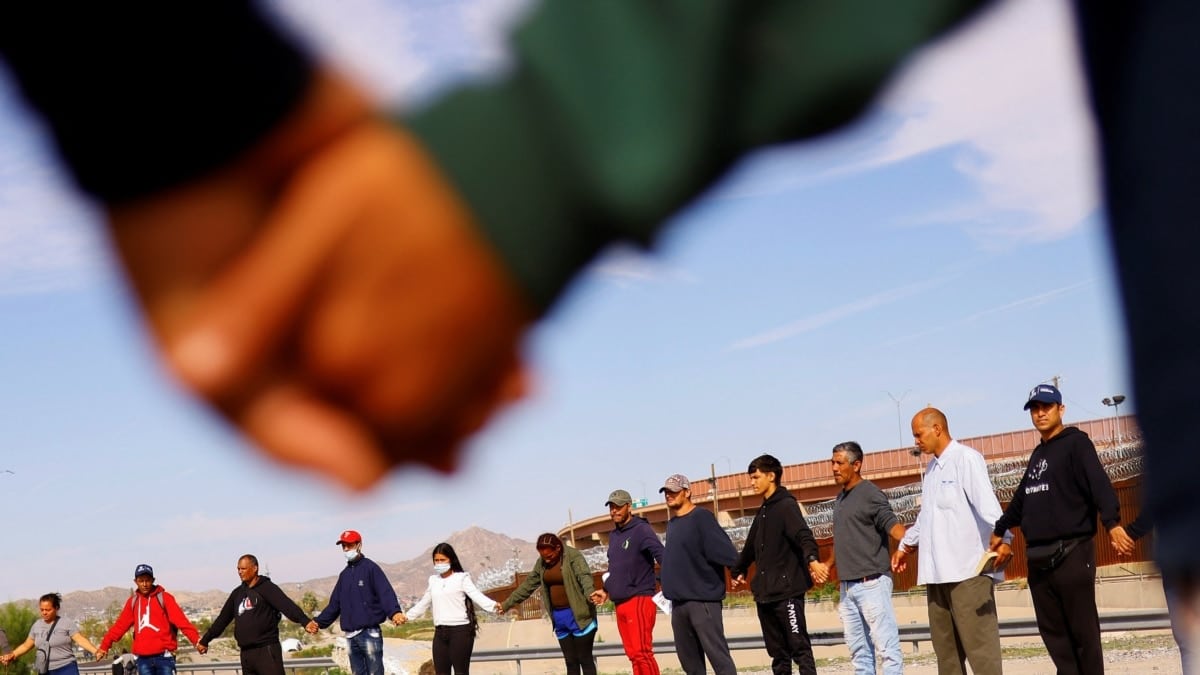 The United States government announced the arrival on its territory of the first 4 Venezuelans to benefit from an immigration program launched on Tuesday of last week, known as parole or humanitarian permission.

The US Department of Homeland Security confirmed in a statement on Saturday that less than a week after the portal went online to apply for the process, beneficiaries were able to arrive in a legal, orderly and secure manner “at airports in the United States”. Arrived.

The federal government body also highlighted how the entry into force of the new humanitarian permit, with which it aims to benefit 24,000 Venezuelans, has had positive implications for its national security strategy on land borders.

“Even though it is still in its early days, this process has already reduced illegal entry by Venezuelans at our border by more than 85%, showing that when there is an orderly and legal method, people risking their lives Will be less inclined to put up. hands of smugglers,” said DHS in its official note,

The federal government indicated that permit approvals “started coming out” to Venezuelans only 24 hours after the registration page was opened.

“Late on Wednesday night, clearances started coming in and (the process) of screening and verification of individuals began,” the statement said.

One of the essential requirements of the new process is the verification of the identity and criminal record of the potential beneficiary and the person who intends to sponsor him or her within the United States over a period of more than 2 years.

According to DHS, already “hundreds of Venezuelan individuals reviewed and approved (in process) can now book their travel to come to the United States, and the first 4 of them arrived by plane today (Saturday).”

The agency elaborated that two of them had come from Mexico, one from Guatemala and the other from Peru. “Additional travel authorizations and more arrivals will continue to be legal in the coming days,” the federal government note said.

The United States has emphasized its message since the announcement of the new humanitarian parole: “Venezuelan people who attempt to cross the United States’ southern border illegally will continue to be returned to Mexico and will be subjected to this process in the future.” would be ineligible.”

The Department of Homeland Security also noted that the US and Mexican governments will continue to strengthen their “coordinated security operations” to target trafficking organizations to bring them to justice.

DHS stressed that these binational actions are based on the Los Angeles Declaration on Migration and Protection, which the two countries signed last June along with 19 other countries in the Western Hemisphere.

Opposition to the government of Nicolás Maduro, which is still in power, claimed the sovereignty of the United States to adopt the immigration measures, but demanded that the new process contain more than 24,000 humanitarian permits and warned that their Hundreds of compatriots should be deported. Mexico may be jeopardizing your rights to seek asylum.

On Friday, Mexican President Andrés Manuel López Obrador also recommended expanding the number of humanitarian visas for Venezuelans stranded in his country and called on the White House to restore diplomatic ties with Caracas, broken since 2019.