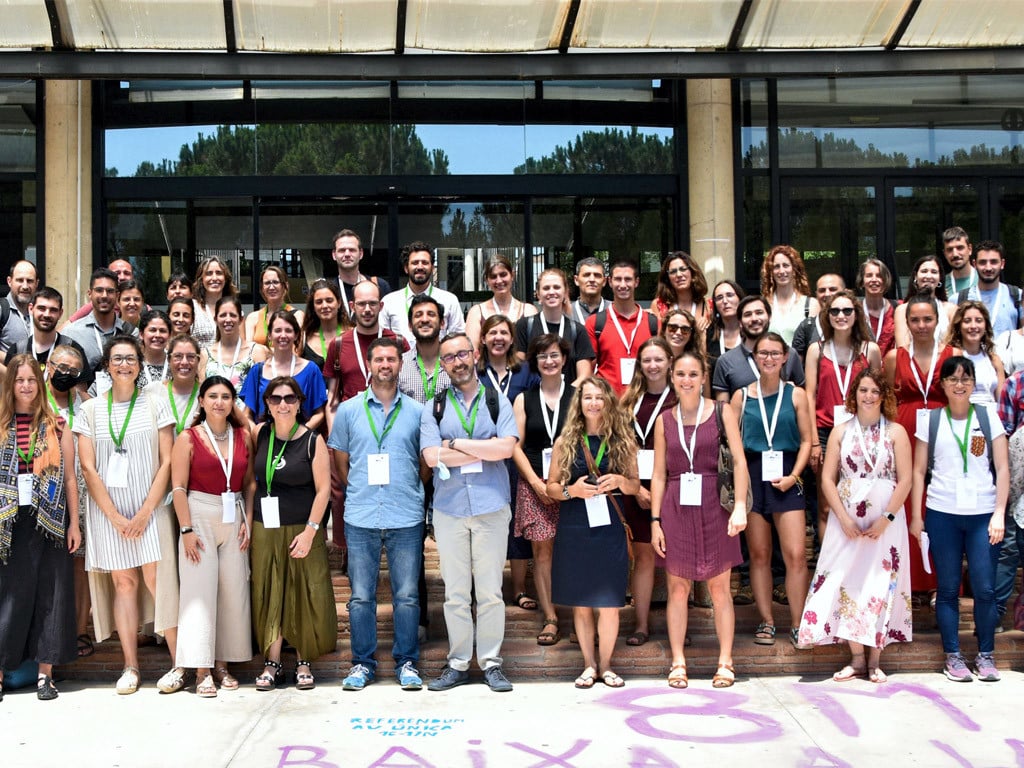 On 14 and 15 July, the first conference of the Scientific Network on Animal Welfare (CIBA Network) was held, under the slogan ‘Share, connect and weave Southwest Europe’s research on animal welfare’, at the meeting of the International Happened together Society of Applied Ethology (ISAE – South West Europe Region), at the Faculty of Veterinary Medicine of the Autonomous University of Barcelona (UAB), with the participation of 74 attendees.

was at the opening ceremony maite martinDean of the Faculty of Veterinary Medicine of the Autonomous University; record mercuryPresident of the Council of Veterinary Associations of Catalonia (CCVC); Emma FabregaSecretary of ISAE – South West Europe Region and pole lonchoPresident of CIBA Networks.

Scientific activity was articulated around two keynote speeches, two workshops and three sessions in which 20 oral communications were presented and several intervals focused on the presentation of 22 posters.

The first plenary session was organized by? Garcia Pinillos Which was about ‘One Welfare’ (One Welfare). In it, he recalls that animal welfare is a pillar of a welfare general framework, but that they are two different concepts, which are not interchangeable. After summarizing the five volumes that make up One Welfare as well as some specific projects (One Welfare Phoenix), he encouraged collaboration between experts to jointly address global challenges like ‘One Health’ and ‘One Health’. ‘ can be addressed in the framework. ,

The two workshops were conducted in parallel. Related to the Movement for Open Science (Open Science) was a taught Anna Olsson (University of Porto, Portugal) and Emma Fabrega (IRTA, Spain). Attendees were encouraged to present their perspective about this new movement and its features. The characteristics of the articles were analyzed before and after they were reviewed for publication (preprint, postprint), the way in which they could be used without compromising the commitments of researchers with different institutions, and its advantages and disadvantages. Drawbacks This new way of accessing scientific communication.

The second workshop of the conference was proposed and coordinated by Prof. Christian Rutz (School of Biology, University of St Andrews) and the Strange Methodological Framework, which is designed to help scientists identify, reduce and document bias in animal behavioral research and related research domains. In many laboratory studies and field studies, when behavioral tests are used on subjects, these biases can be unintentional, affecting transparency to the reproducibility of studies. During the workshop, through examples (case studies), the components of Strange and the urgent need for support from scientific publishers were reviewed. By the organization of the Red CIBA-ISAE conference, the scientific community is encouraged to use this method to reduce bias and improve research excellence.

The second of the main presentations, titled ‘From the Emotions to the Affective State of Animals’. Is there a theoretical framework for the study of mental health of animals?’, was given by? elodi chalou (INRAE, France). In it he analyzed the difference between feelings and well-being, the definition of animal welfare presented by the French National Agency for Sanitary Security of Food, Environment and Work (ANSES) in 2018, mentioning the state as fundamentally positive. The mental health of animals and whether raised Research Domain Criteria (RDOC) may be relevant to studying the mental health of farm animals.

For verbal communication, they were divided into three sessions, first on indicators to assess animal welfare, second on improving relationships between animals, people and the environment and third on new technologies and approaches to improving animal welfare. The various presentations and posters presented during the conference served to reaffirm the quality of the science in animal welfare developed in Spain.

At the end of the scientific meeting, the assembly of the CIBA network took place, presenting the activities and treasury of the past year, and ongoing projects and plans for the future, acknowledging the assembly that the following conferences will take place in León in 2023. in the Veterinary Faculty of the University.

One is charged in connection with the thefts of the mob in Santa Clara.