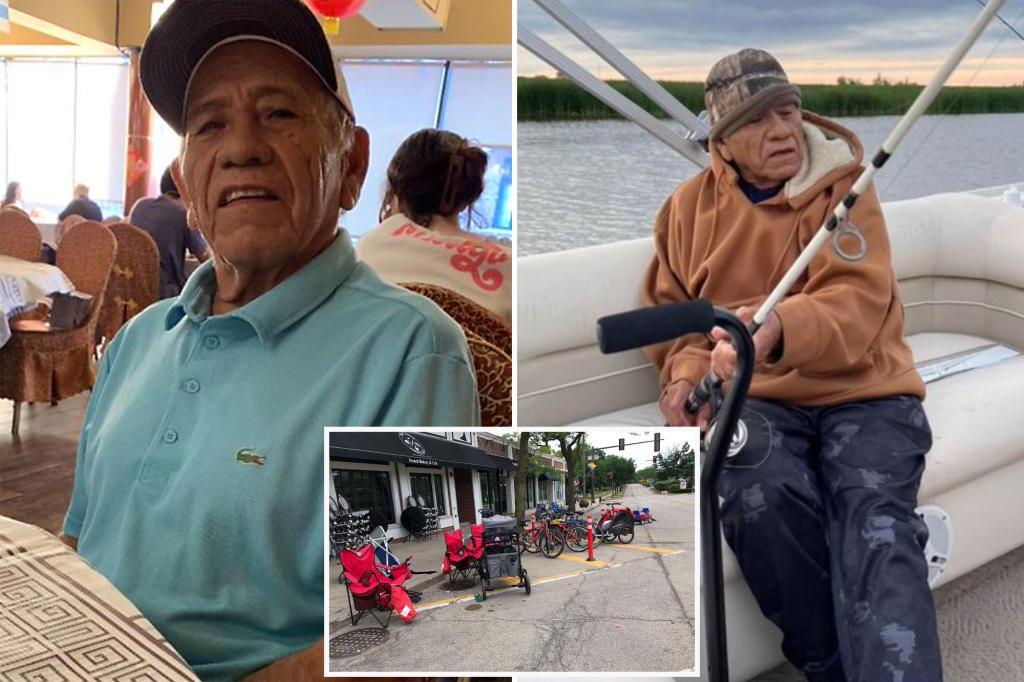 A 78-year-old grandfather was one of six people killed in Monday’s mass shooting at a parade outside Chicago, his son told The Post.

According to police and the victim’s son, elderly parade-goer Nicholas Toledo was at a Highland Park festival about 25 miles north of Chicago when he was shot and killed by a gunman who fired shots at ravines from a rooftop.

“This morning, someone shot him,” Toledo’s son, Alejo Toledo, told The Post over the phone.

“That’s all there is to see. Crazy people.”

Alejo said his father, a native of Mexico, was at the parade with about 15 to 20 other relatives, including the older man’s sons, nieces and nephews. Alejo said several other family members were injured, but only his father was seriously injured.

“He’s a great father, he was working hard in the United States a long time ago, and he’s retired,” said Alejo, who did not attend the parade.

“She’s beautiful, we took a fishing trip three weeks ago.”

A gunman aged 18 to 20 used a ladder to climb a terrace in front of the parade early Monday and opened fire with a “high-powered rifle”, police said.

Lake County Coroner Jennifer Banek said five adults died on the spot and another died after being taken to hospital.

According to police, at least one child was taken to a hospital in critical condition and several others were shot in the abdomen and limbs.

The gunman has yet to be arrested, and the names and ages of the others have not been disclosed.

Cultural Center Opens in Chelsea to Help Artists Amid Pandemic