Floods in India, at least 59 killed in Bangladesh, millions homeless 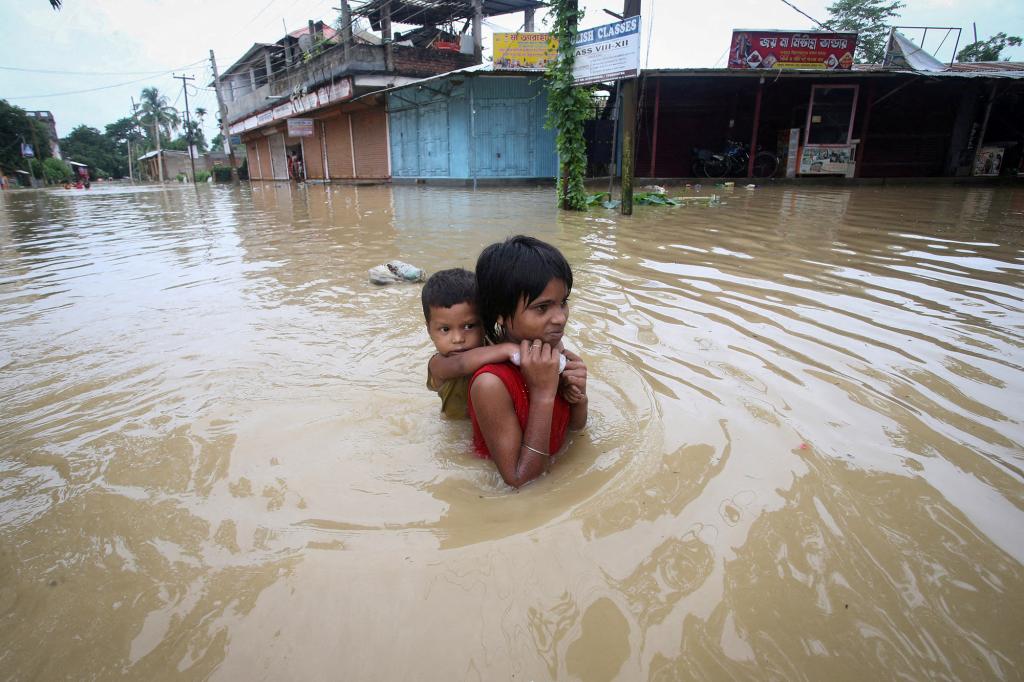 Floods in Bangladesh and India have killed at least 59 people and left millions homeless, countries lashing out at torrential rains – with no end in sight.

Troops have been called in both Bangladesh and northern India to rescue thousands of stranded people. Lightning storms have killed at least 21 people in Bangladesh, while the rest of India have been lost in floods, lightning and landslides, agency France-Presse reported on Saturday.

In the Indian state of Assam, 2 million homes were under water, the state disaster management agency reported. Locals describe the dire situation on the ground.

“How can we eat (in this condition)?” Anjuman Ara Begum filled her kitchen with water. “We are living on muri (puffed rice) and chira (flattened rice) and other things given by the people. What else can we do? We can’t cook.”

Bangladesh has about 130 rivers, all of which are rising dangerously near their embankments, according to the Flood Forecasting and Warning Center in the capital Dhaka.

A person, identified as Lokman, said, “The entire village was submerged in water early Friday and we were all trapped.” “After waiting on the terrace of our house all day, a neighbor rescued us from a makeshift boat. My mother said that she had never seen such a flood in her entire life.

Airport manager Hafiz Ahmed said flood waters reached the runway of Osmani International Airport in Bangladesh’s Sylhet region, forcing flights to be suspended for three days. According to reports, the Sunamganj Highway in the city was also flooded, though some traffic was still moving.

Sylhet’s chief administrator, Mohd Musharraf Hossain, said: “Most of the country’s northeast is under water and the situation is worsening as heavy rains continue.”

Local television footage showed desperate residents walking through chest-high water to see what they could. In some cases schools have been converted into relief shelters.

Meanwhile, in Assam, the Brahmaputra river – one of the continent’s largest – overflowed its embankments and flooded at least 3,000 villages.

“We expect moderate to heavy rains in many parts of Assam till Sunday. The amount of rainfall has been unprecedented,” said Sanjay O’Neill, an official at the State Meteorological Center in Guwahati, the capital of Assam.

Both countries have faced increasingly severe weather in recent years, and devastating floods had become common. Environmentalists say climate change is to blame and will be particularly affected in dense, low-lying areas like Bangladesh.

According to the United Nations Intergovernmental Panel on Climate Change, if global warming continues at its current pace, about 17% of Bangladesh’s 170 million people will need to be relocated over the next decade.

Minister of the Environment: “The viability of a country depends on its development in science and technology”