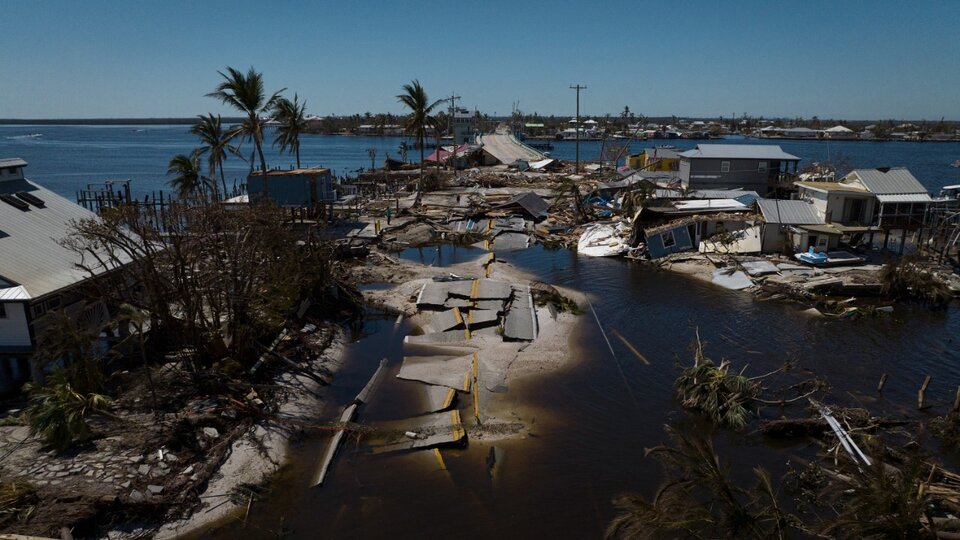 Florida officials reported this Saturday 53 deaths from Hurricane Ian While the governor of North Carolina reported Four deaths confirmed due to powerful cycloneWhich has not left any deaths in South Carolina at the moment.

As of this Saturday, 53 deaths were reported by Ian, according to the Florida Medical Examiner’s Commission, the highest number. Lee County, in South-west coast of this state, the most affected area and where The storm made landfall last Wednesday with maximum sustained winds of 240 km/h,

For his part, the governor of North CarolinaRoy Cooper reported this Saturday that four deaths have been recorded so far, three of them due to vehicle crashes caused by the weather conditions caused by Ian on Friday, who made landfall in the neighboring country that day. created. South Carolina And shortly after it was downgraded to a post-tropical cyclone.

No deaths have been reported in that state, according to its governor, Henry McMaster, who said power was almost completely restored. McMaster summarized, “Some damage has been done, some heartbroken, there’s work to be done. But overall, it’s a good story.”

On the other hand, the story is very different in Florida, where this Saturday, Three days after the impact of the cycloneTill here stay in shelters picked up by the authorities more than 10,000 peopleFederal Emergency Management Agency (FEMA) officials displaced in the area told the media.

They said they continue to move Rescue operation for people trapped in their homesespecially in the islands of Sanibel and the town of Latchala, where There is no drinking water, electricity or infrastructure.

One of Ian’s survivors was George Luty, a resident of Oyster Bay Mobile Park on San Carlos Island, which is part of Fort Myers Beach. This 44-year-old man told Efe that Had to dive to escape his flooded home As a result of sea level rise (in parts.) more than four metres. until) Because of the storm surge. “I sat on my porch for hours, never in my life have I been so scared. I really thought I was going to die,” he confessed.

As of Saturday morning, more than a thousand people had been rescued, according to data from Florida Governor Ron DeSantis’ office.

In Lee County, where the community and the entire Fort Myers area are located, and where its officials reported 35 deaths, 73% of its population was without electricity as of this afternoon, although restoration is in phases. DeSantis said.

Officials at FPL, the main energy company in Florida, said that in the first 48 hours after the storm’s impact, the power restoration process surpassed a feat achieved five years earlier, when Hurricane Irma hit the state and the firm set a record. But had arrived. ,

Florida’s governor announced today that SpaceX, the firm of the tycoon Elon Muskprovided this state Starlink satellite network to help connect to the Internet, and it has donated the cost associated with this coverage.

He said more than 1.6 million gasoline has been moved to southwest Florida and more than 1,300 miles of roads have been enabled.

The US National Hurricane Center (NHC) noted that after tropical cyclone can produce today 100 ml rain in the center of the mountain range Appalachethat is, in the areas of Tennessee, Kentucky You West VirginiaWhere floods and strong gusts of wind can occur.