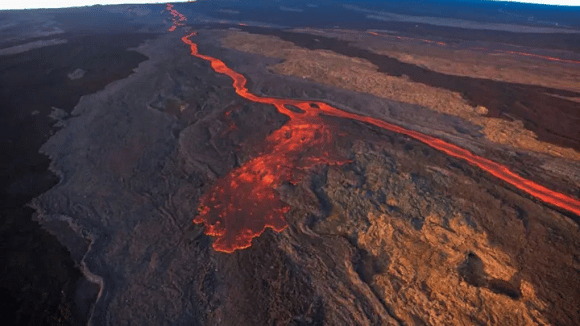 Maula Loa, located on the Hawaiian island, had not erupted since 1984, and this time it started its activity on 27 November. Photo: P.L.

For the time being, Cuban scientists have ruled out threats to the country due to emissions of sulfur dioxide caused by the eruption of the Hawaiian volcano Mauna Loa (Big Mountain), Saitma reported today.

According to the Geodynamic Observatory of the National Center for Seismological Research (Cenais) of the Ministry of Science, Technology and Environment (Citma), although they do not directly threaten the inhabitants, high levels of concentrations of emissions are present in the upper layers. The climate of the Gulf of Mexico and the western region of the country.

Senais experts believe that the situation should be evaluated by the Cuban environmental authorities, due to the potential effects it could cause on human health and others such as acid rain, aspects that are being evaluated in other countries where This gas is coming from the volcano.

A special notice from the Center for Pollution and Atmospheric Chemistry of the Meteorological Institute announced that a weekly forecast is made using the output of the SILAM global air quality model belonging to the Copernicus project.

They indicated that so far no surface concentrations of sulfur dioxide have been detected over Cuba that exceed the maximum allowable concentration of 45 micrograms per cubic meter in 24 hours, according to the Cuban standard NC 1020:2014.

Volcanic gases, mainly sulfur dioxide, are concentrated around the crater and vents of the volcano.

These can combine with other particles in the environment to form a smog known as “vog”, which can spread throughout the Pacific Islands and even reach other areas of the state.

Exposure to this smog can cause burning eyes, headache and sore throat, and may be of medical importance to people who have asthma or other respiratory problems.

Maula Loa, located on the Hawaiian island, had not erupted since 1984, and this time it started its activity on 27 November.

According to the United States Geological Survey, it has erupted 33 times since 1843.

(with information from pl)