For this writer, Peter Bogdanovich began as an interview and ended as a friend 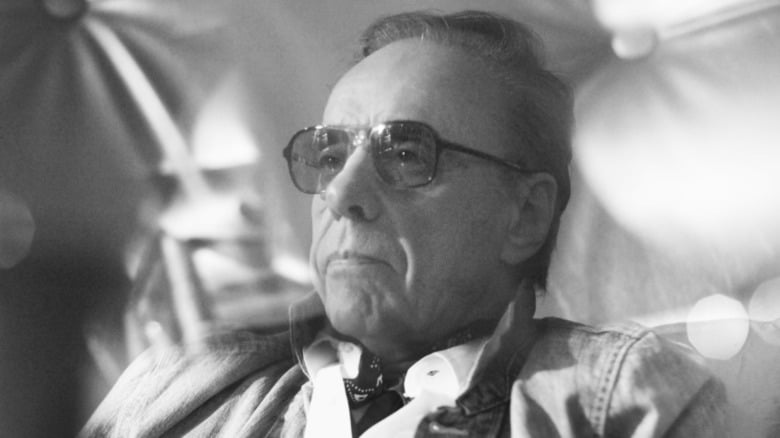 The author of “Picturestaking Peter Bogdanovich: My Conversation with the New Hollywood Director” recounts his relationship with the late filmmaker.

Not many movie buffs get a chance to meet, interview or befriend their favorite filmmakers.

Peter Bogdanovich, who died on January 6 at the age of 82, managed the trick several times. First as a film scholar and magazine writer, then as a filmmaker in his own right, Bogdanovich has mentored the likes of directors such as Ford, Hawkes, and Welles, as well as actors such as John Wayne, Cary Grant, and Jimmy Stewart, among countless others. cohabited between other.

By some combination of luck and perseverance, Bogdanovich saw that these men, whose films he had seen, breathed and studied in New York as a youth, became his teachers, mentors and friends.

He accomplished what every movie buff had dreamed of before he even talked about movies: to know those marks of the silver screen in flesh and blood.

It was with that model in the back of my mind that I sought out a similar friendship with Peter Bogdanovich, the only contemporary director whose work suggested a connection to those classics of the Golden Age, or any solid association with them. Took a relationship. Given the fact that I’m not in the film business and live in Ohio, my goal was impossible, but my career as a film critic nonetheless provided a head start: I first interviewed Peter in 2003, When I was 20, and interviews kept piling up until we had a book, “Picturesting Peter Bogdanovich,” which came out in 2020.

Bogdanovich’s films were widely understood as the work of someone who was merely imitating his heroes. In contrast, his work simply served as a continuation of his: “The Last Picture Show” replaced “The Magnificent Embersons,” “What’s Up, Doctor?” Raised the mantra. Aiming to generate even more laughs than “Bringing Up Baby,” and “At Long Last Love” sought to revive the simple charm of ’30s music.

In his mature work, however, this kind of A-to-B thinking rarely held up: deeply personal works including “Saint Jack,” “They All Laughed,” and “The Mask” had no superficial cinematic antecedents in the way. Se “Doctor” was clearly built on “Baby”, but still flaunted a golden age due to Bogdanovich’s human sensibility, peerless deep-focus photography, and crystalline cutting style.

In the 1990s, when the apathy and short-sightedness of studio owners meant he could not do business elsewhere but in films made for TV, I kept faith in his devotion to the craft: “To Sir, With Love II” and “A Cently Switch” weren’t masterpieces, but they were staged and shot and directed with the intelligence and sensibility of someone who had seen every little bit of Alan Dwan’s work.

We are excited about many of those same films, in particular, his; We didn’t like the same movies which, frankly, included many of the movies that come out these days. I was waiting for his email and his distinctive sign off, “All the best, as always”.

We used to talk regularly on the phone even when I was not interviewing him, especially during the last two years whenever I felt like talking about any of his films. I kept little mental lists of things to ask him, often about one of his many pending film projects or literary endeavors. I don’t know if he ever really sat back and rested on his laurels, as he deserved; He died without earning an Oscar, or was given an honorary award, it is a ridicule.

He also called; When Turner Classic Movies last aired its 1993 film “The Thing Called Love,” it wanted to know if I had seen the broadcast and, if so, whether they used the director’s cut. My answering machine is full of messages I’ll never delete anymore: “Peter, it’s Peter – the other Peter” and all that.

He told me once last year that he was not feeling well and he spent the day re-reading my book on it. He really started liking it. How many writers can say that their subject told them so? Whenever I wrote about a classic film—not his, but others—I tried to find a way to reference one of Peter’s interviews with the Giants; This was my way of putting his name in the press, in a good way.

Three days before Christmas, I called him for the last time. We talked about the film he was planning to make — a biographical portrait of George and Ira Gershwin — and I asked him if he had seen the rare Lubitz short films that TCM had just aired. He was not; He said he especially regretted the disappearance of Lubitz’s first American film, which he told me he had never seen. But Gershwin had time and time to make a movie and “Wait for Me,” his dream project about a moviemaker surrounded by ghosts.

“Okay, love-take care,” she said at the end. (He used words like “love” and “beloved” more freely than anyone I’ve ever known.)

“I always appreciate you calling,” he said.

Peter was a hero worthy of worship.

Peter Tonguet, who contributes regularly to The Wall Street Journal, The Christian Science Monitor, National Review and other publications, is the author of “Pictureting Peter Bogdanovich: My Conversations with the New Hollywood Director” and “Peter Bogdanovich: Interview”. is the editor of. ,

Sign up: Stay on top of the latest breaking movie and TV news! Sign up for our email newsletters here.

Pac-12 Preview: It’s Almost November – Do You Know When Your Team Is Playing Next?

Neil LaBute Seeks ‘The Answer to Everything’ in Germany