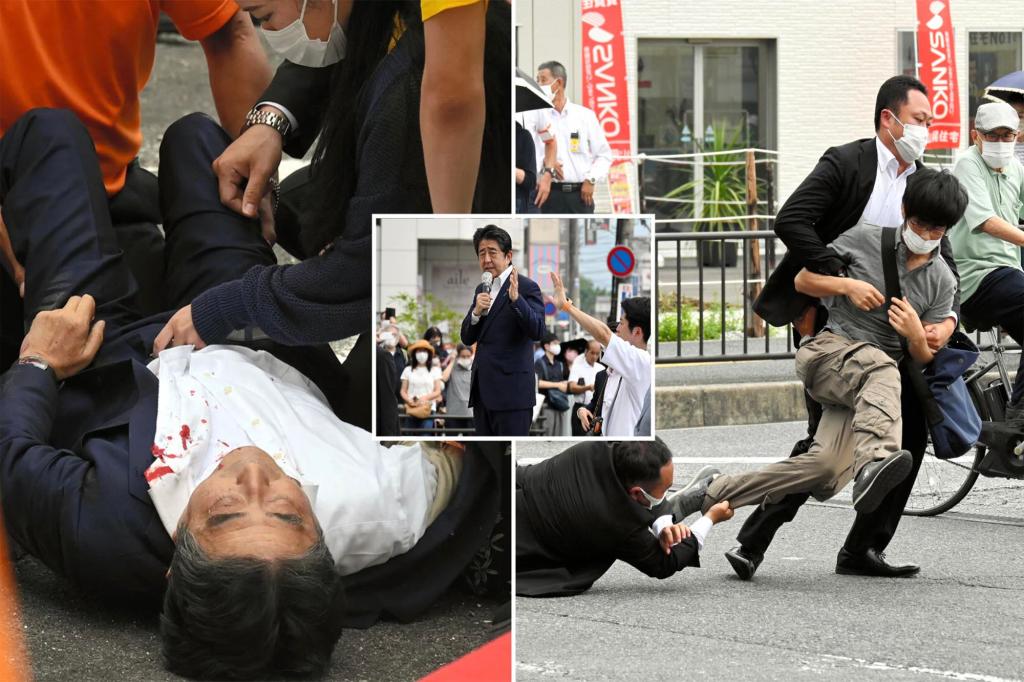 Former Japanese Prime Minister Shinzo Abe is fighting for his life after being shot during a campaign speech in the western city of Nara on Friday, a government official and local media said.

National broadcaster NHK and the Kyodo news agency said Abe, 67, collapsed and was bleeding from his neck after being attacked from behind during a stump speech at around 11:30 a.m. ahead of Sunday’s Upper House election.

TBS television reported that Abe was shot in the left side of his chest and also in the neck.

Local media reported that the former prime minister was hospitalized and appeared to have suffered a cardiac arrest.

Police and NHK said the suspected shooter, 41-year-old Tetsuya Yamagami, was taken into custody on charges of attempt to murder and police recovered a gun from him.

“Whatever the reason, this barbaric act will never be tolerated and we strongly condemn it,” Chief Cabinet Secretary Hirokazu Matsuno told reporters.

NHK spoke to eyewitnesses who said a man approached Abe from behind before hearing at least two gunshots.

“He was giving a speech and a man came from behind,” a young woman at the scene told NHK.

“The first shot looked like a toy. It didn’t drop and there was a big bang. The second shot was more visible, you could see sparks and smoke,” said the woman.

“After the second shot, people surrounded him and massaged his heart.”

NHK reported that the gun used in the attack appeared to be homemade.

He was forced to step down because of the debilitating bowel condition ulcerative colitis.

US Ambassador Rahm Emanuel responded to the shootings on Friday, saying the country was “saddened and shocked”.

“Abe-san has been an outstanding leader of Japan and an unwavering ally of the United States,” Emanuel said in a statement.

“The US government and the American people are praying for the well-being of Abe-san, his family, and the people of Japan.”

Speaking to reporters at the G20 meeting in Bali, US Secretary of State Antony Blinken addressed the shooting, saying, “It’s a very sad moment.”

The violence was even more shocking given Japan’s famously low-level crime and strict gun laws.

They identify who stabbed 3 in a California hospital