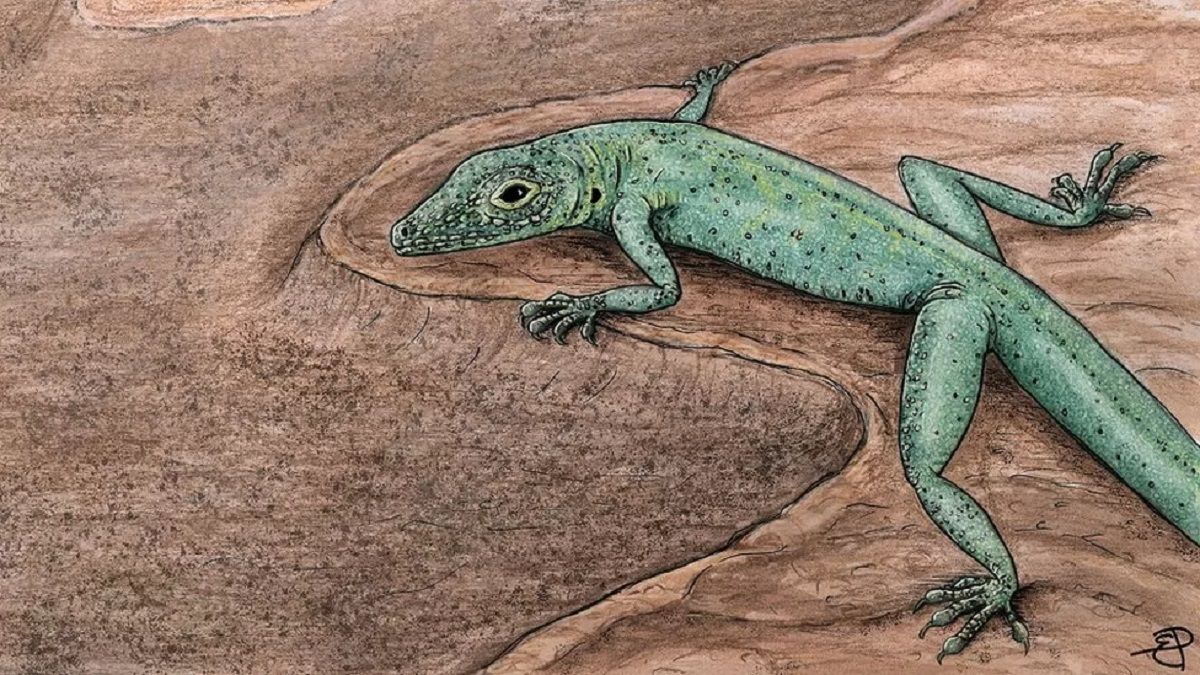 Fossils date back to 166 million years, dating to the Jurassic period

A small fossil found on Skye has provided new insight into the early evolution of lizards. According to scientists in the time of dinosaurs. The skeleton of Bellairsia gracilis is just 6 cm (2 in) long and dates back to the Middle Jurassic period, 166 million years ago. It is the most complete fossil lizard of this era anywhere in the world.

Researchers said this provides evidence of what the ancestors of today’s lizards would have looked like. The fossil was found in 2016 By a team led by the University of Oxford and the National Museum of Scotland. It is one of several new fossil discoveries from Skye, known as the Jurassic Island of Scotland, because of the large number of fossils found on the island. Other recent discoveries include earlier amphibians and mammals.

The study of this type of paleontological remains helps the scientific community, and therefore human society, To better understand the world in which we live, This is very important in helping to find out how life has evolved on Earth.