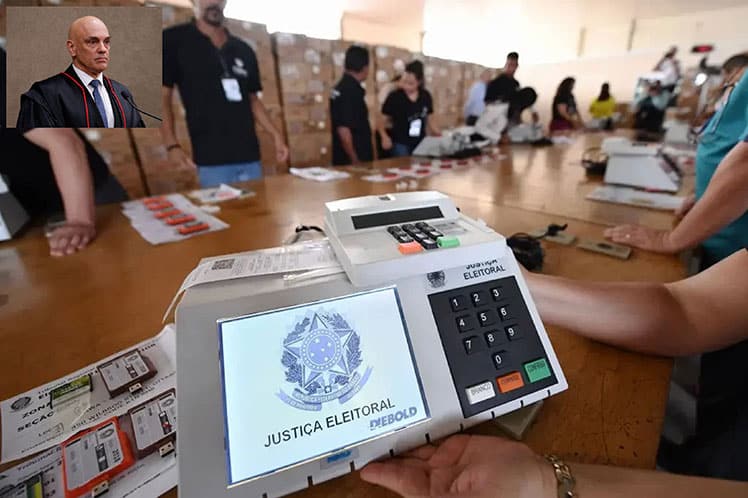 The security and freedom of the vote shall be ensured by respecting the absolute secrecy of the vote, which is guaranteed by the electronic ballot box, “as well as respect for wide and decent freedom of political discussion, eliminating any possibility of violence or coercion.” happened,” de Moraes said. on national radio and television.

He noted that “the 2022 general elections are a mark of respect for democracy as the only political regime in which all power emanates from the people.”

And, he specified, “it must be used for the good of the people, in order to guarantee the development and strength of the Republic of Brazil.”

The names of those occupying the positions of President, Vice President, Governor, Senator, Federal, State and District Deputy of the Republic will be selected this Sunday.

According to the Superior Electoral Court (TSE), polling will be held in 5,570 municipalities and 181 places abroad.

For the head of TSE, democracy is a “collective creation” of people who believe in peace, freedom and development.

He explained that the court would work closely with the 27 regional electoral courts and would have 2.6 thousand judges and 2.6 thousand prosecutors, with 22 thousand officials and more than 1.8 million people who would voluntarily work on the voting tables. The process is done properly.

In his speech, de Morales also highlighted the ban on the use of cell phones in cabins and the sealing of the transport and use of weapons by collectors, shooters and hunters within a 100-metre radius of all election seasons.

“We are one of the four largest democracies in the world, but the only one that purifies and discloses electoral data on the same day with the agility, security, capability and transparency, our advanced, reliable, secure and auditable Thanks to technology. Electronic machines. », he said.

The above “has always been and will be a source of national pride,” he finally emphasized.

Former Brazilian President Luiz Inácio Lula da Silva, the standard-bearer of the Workers’ Party, led all opinion polls to vote in which far-right leader of the Liberal Party, Jair Bolsonaro, wants to be re-elected.