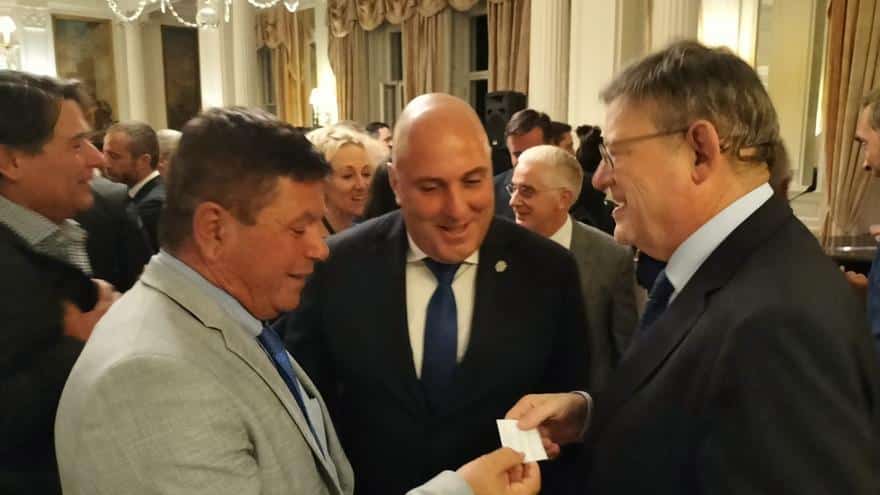 Cabildo de Fuerteventura President Sergio Loret and Pajara Mayor Pedro Armas left a record in history. world travel market Major concern of tourism sector Due to the decline in British tourists as a result of the current economic crisis.

Two politicians from Fuerteventura had the opportunity to express their concerns at a reception traditionally presented by the Spanish ambassador to the United Kingdom, Jose Pascual Marco MartinezIn office from 2021.

Loret and Armas were able to share their concerns with other institutional representatives, such as the Secretary of State for Tourism, Fernando Valdes Verelst, or the ambassador himself. They also coincided with the presidents of other autonomous communities at the reception, such as the Valencian Community. zimo puigo,

The President of Cabildo de Fuerteventura, Sergio Loret, talks with the Secretary of State for Tourism, Fernando Valdés Verelst and the Mayor of Pajara, Pedro Armas Romero. Province / DLP

Fuerteventura, with its participation in the current world travel market, aims to bring back British tourists, boosting the number of visitors registered before the coronavirus pandemic., The World Travel Market or London Tourism Fair is in turn the largest meeting of tourism professionals in the world, bringing together more workers and businessmen in the region from all over the planet. It is celebrated in 2022 Between this Monday, November 7th and Wednesday, November 9th, They are just two days, but of extreme intensity and in which businesses and institutions try to close contracts that guarantee the maximum possible business in the Canary Islands.