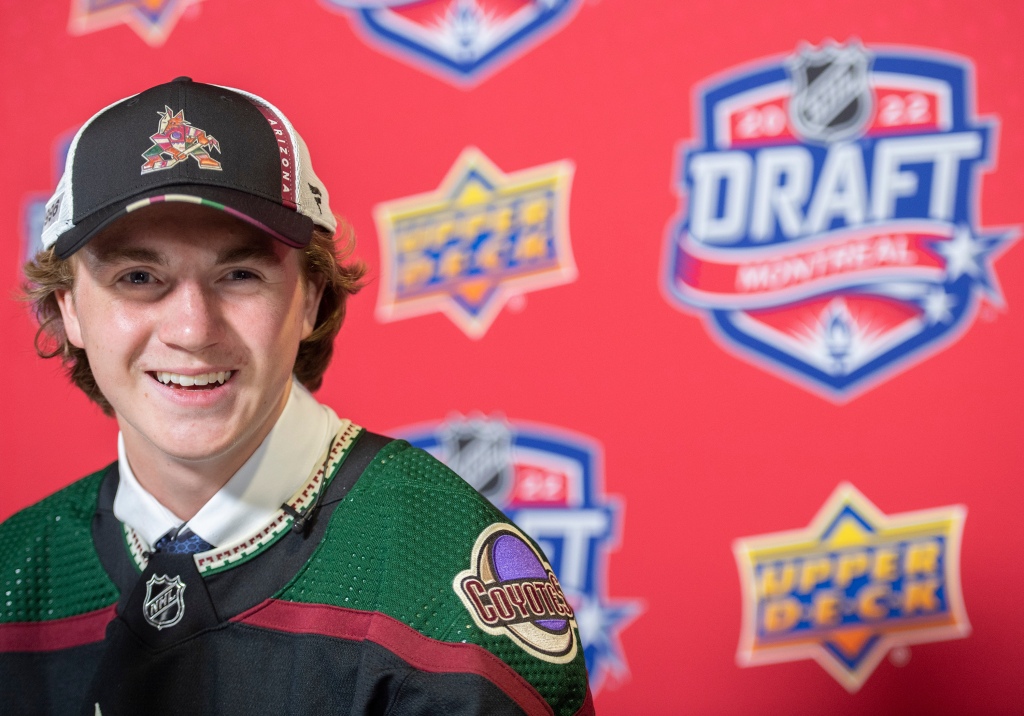 MINNEAPOLIS — In November, Logan Cooley will tour his future workplace, and get to experience the snow and surroundings at Arizona State’s new rink. Cooley, who will be a Minnesota Gophers freshman in the fall, was selected third overall to move to the Arizona Coyotes in Thursday’s NHL Draft.

There was some intrigue with the first two picks, as the Slovakian stars went to Montreal and New Jersey, but Cooley, who is from Pittsburgh, finished in a place where most experts had placed him in third place.

“Arizona is the place I wanted to go. This is a team I feel comfortable with. I had a really strong relationship with (them) and I couldn’t be happier to be a part of their organization,” Cole said. Pique said in an interview with ESPN shortly after. When asked what else excites him about Arizona, he mentioned its warm and sunny winter weather.

The Coyotes are moving out of their former home in the suburb of Glendale, and will play at ASU’s 5,000-seat on-campus rink for now while they work to get a new NHL-sized facility built in Tempe. Cooley and the Gophers have two games scheduled at ASU on the Friday and Saturday after Thanksgiving.

After going third overall, Cooley became the second-highest pick by a gopher when defenseman Eric Johnson took first overall in the St. Louis Blues in 2006. Johnson won the Stanley Cup last month with the Colorado Avalanche.

Shane Wright, a leading junior star center in eastern Canada, was projected by many to go first overall in Montreal. The Canadiens, who hosted the draft at their building, surprised many in the big crowd by choosing Slovakian left winger Juraj Slafkowski. New Jersey, flush with forward, also passed on the right carrying Slovakian defenseman Simon Nemec. This left Arizona with Cooley and Wright to choose from. When the Coyotes went with the former USA Hockey star, Wright fell to Seattle at number four.

Cooley has become the most pick-taker by a Pennsylvania player. He picked up the Gophers in February after originally committed to Notre Dame.

Twenty picks later, another future gopher headed for the podium at Bell Center as Jimmy Snuggerud finished 23rd for the St. Louis Blues.

Snuggerud will be a third-generation Gopher and played with Cooley for USA Hockey’s national team development program last season.

Two picks later, the Chicago Blackhawks were traded with the 25th pick to grab defenseman Sam Rinzel. Rinzell, who was the nation’s top-rated high school prospect, played prep hockey for Chaska last season and is committed to the Gophers.

Rinzell, a major defender, will play for Waterloo in the USHL for the coming season and is expected to be at the U of M’s campus in the fall of 2023.

“It’s coming in an excellent class, and it’s at the top today,” said Gophers coach Bob Motzko, who was present at the draft in Montreal. Under NCAA rules, the player is not allowed to talk about Rinzel before signing a national letter of intent. “I’m so happy for Jimmy and his family and Coolie and his family. There’s more to come. That’s what’s exciting.”

Incoming Gophers defenseman Ryan Chesley, who was introduced as a first rounder in several mock drafts, did not go in the first 32 picks but is expected to go early on the second day of the draft.

The three gophers chosen made it the second largest opening round in the program’s history. In 2006 Johnson, Phil Kessel, Kyle Okposo and David Fischer were all selected in the first round.