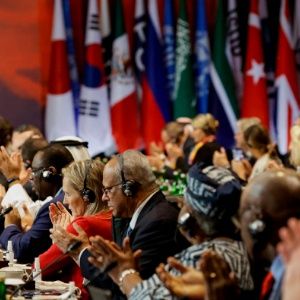 The G20 summit concluded this Wednesday with a commitment made by the leaders of the 20 most developed economies to jointly confront the food crisis affecting the world, besides encouraging dialogue as a solution to the crisis.

In a joint statement ending the two-day summit held in the Indonesian city of Bali, the leaders said they would take “urgent measures to save lives, prevent hunger and malnutrition,” especially in the most vulnerable countries.

“We are committed to protecting the most vulnerable from hunger by using all available means to manage the food crisis,” said the meeting’s final communique.

Furthermore, he remarked that “peaceful resolution of conflicts, crisis management, as well as diplomacy and dialogue are important.”

The participants of the event, which brought together the 20 most developed economies, noted that the conflict in Ukraine has exacerbated the existing difficulties of the global economy.

The text noted that most G20 countries condemn Russia’s special military operation in Ukraine, but noted that “there were other points of view and different assessments of the situation and sanctions.”

The final declaration classified the use or threat of use of nuclear weapons as “unacceptable”.

During the final plenary session, the host of the meeting, Joko Widodo, the President of Indonesia, was replaced by the Prime Minister of India, Narendra Modi, as the temporary chair of the Group of 20.

India will formally assume the presidency of the G20 from next December 1.