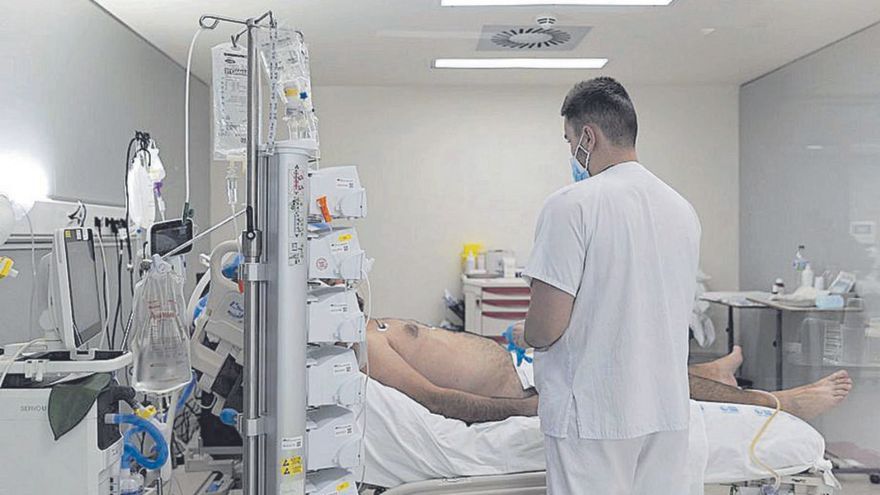 It has been known since the beginning of the epidemic that male sex is associated with a higher risk of developing severe forms of disease, in addition to being older and suffering from certain chronic diseases, such as diabetes or obesity. COVID-19Part of this difference between the sexes can be attributed to genes. TLR7related to the immune response. Now, Galician scientists have published the first study examining the expression levels of this TLR7 gene in various COVID-19 conditions and tissues. Their findings suggest that its gene expression may explain at least partly gender-biased incidence in critically ill patients, and why some previously healthy young people become critically ill.

article with first author Alberto Gomez Carballafrom research group GENVIP Santiago de Compostela’s, entitled “Sex-biased expression of the TLR7 gene in severe patients with COVID-19: knowledge of transcriptomics and epigenomics” and is published in the journal Science. “Environmental Research”, Also among the authors are Federico Martinón-Torres, from the same group of Genetics, Vaccines, Infections and Pediatrics; and Antonio Salas Alacuriga from the Biomedicine Group genpob Sanitary Research Institute (IDIS). These three researchers are the authors of, among many others, a study showing that the SARS-CoV-2 coronavirus may be carcinogenic.

“Our results suggest that TLR7 may play a role in the sex bias seen in the most severe outcomes of COVID-19,” the article said. Saliva and nose. In addition, different disease scenarios were analyzed. Thus, the difference by gender was clearly statistically significant when the criterion UCI Vs Non-ICU in Hospitals for COVID.

The association between TLR7 gene mutations and severe COVID-19 was first described in a July 2020 study on two pairs of siblings published in the “Journal of the American Medical Association” (“JAMA”). An Italian study confirmed these results: 2.1% of men under 60 years of age with severe COVID-19 were carriers of pathological variants of TLR7, whereas these variants were not found in any mild or asymptomatic cases.

Last year, a study by the Belwitz Biomedical Research Institute (Catalonia), published in “Frontiers in Immunology”described two new variants of the TLR7 gene associated with severe forms of COVID in young and healthy men.

TLR7 codes for a receptor on the surface of immune cells that is responsible for initiating an immune response against RNA viruses such as SARS-CoV-2. The reduction in the receptor translates into alterations in the signaling pathway. interferon, one of the first “weapons” of our immune system against pathogens, as well as other pro-inflammatory cytokines. Previous studies have reported that insufficient interferon type 1 immunity in the respiratory tract early in infection may be important for virus dissemination and may become a decisive factor for pulmonary and systemic inflammation.

The gene that codes for TLR7 is located in chromosome XOf which females have two copies and males only one, so changes in the DNA sequence of this gene affect males more.

The study by Gómez Carballa et al used gene expression data from two previous studies on patients with COVID in the acute phase, which were different by sex and severity. Statistically significant downregulation of TLR7 was found in men with more severe disease (ICU) than in men not in the ICU (showing similar TLR7 expression levels to women).

The article reports that TLR7 is expressed in a sex-biased manner not only in blood samples, but also in saliva and nasal samples. In the blood of ICU patients, TLR7 is less expressed in males than females, whereas in saliva, TLR7 follows this pattern, regardless of the severity classification used. Variation in deleterious variation in TLR7 correlates with severity in both males and females.

the researchers acknowledge borders In this study, including the relatively small sample size (two groups of 69 and 52), the reason they underscore “the need to further investigate the relationship between TLR7 expression, gender and COVID-19 severity.” requires further study”.

Do we have harmful variation in TLR7 gene which leads us to severe COVID? It is impossible to know without sequencing, so it is best to be vaccinated and avoid contagion as much as possible.

1 Fundamental in the immune response

+ TLR7 codes for a receptor on the surface of immune cells that initiates an immune response against RNA viruses.

* TLR7 is associated with the interferon response, which is the key to slowing the spread of the virus in the early days of infection.

* The TLR7 gene is on the X chromosome, which females have two copies of, so its changes affect males more.